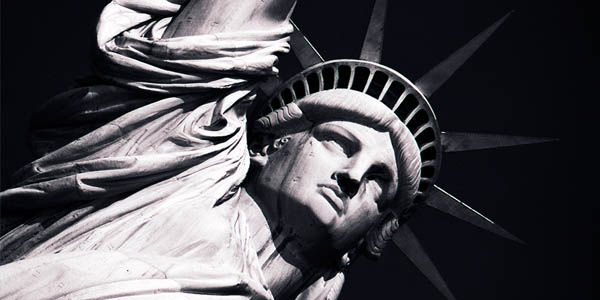 Petition for Equity in Services to help protect our men:

Where as; domestic violence, sexual abuse, and all other forms of abuse affect men as well as women,
Where As; services for such instances do not exist in any form what so ever,
Where as; men have less power to get the support and law behind them in times of abuse, and
Finally, where as; we need to be aware of the fact that victimization can be double for a male victim,
Therefore; we need to make aware that women and (female) children are not the only victims,
Therefore; specific shelters, hotlines, counseling, etc need to be available for men by men,
Finally therefore; we will need extra education to all public servants and services to accommodate this,
So be it resolved that there be equity in services for all men, women and children who need the shelter, protection, counseling, social services are available to all who are in need.


We, the undersigned citizens of the United States support the equity in services to support the abused men and boys who have little to no voice of their own, as society in general discriminates against men who are abused in any way, shape or form.  Abuse on men shall carry the punishments in line with the current laws in place to also protect women, as legislated in The Violence Against Women Act.

Sean, is an angel in heaven. He never made it to his third birthday. Sean died at the hands of his mother. Yes, it's so very true. Sean endured so much in his short little life.

Little Sean, who was only two and a half, endured many things, like having his big toe nails ripped out of his feet. The mother even would put nail polish in his eyes as punishment because for unknown reasons.

Reflections of an Abused Child

(A Letter to My Mother, My Abuser)

I loved you and you hurt me.

I smiled at you and you hurt me.

I hugged you and you hurt me.

I looked to you for acceptance and you hurt me.

I depended on you to fulfill my most basic needs and you neglected and hurt me.

I asked you to help me and you hurt me.

I asked you to hold me and you hurt me.

I needed you to teach me and you hurt me.

I came to you for safety and needed you to protect me, and you hurt me.

Life with you was

I was unconditional love,

and you hurt me.

and you hurt me.

I was all that you are not

and so, you hurt me.

Because, I am not with you.

All information in this petition belongs to the owners of the story and is under permission of YVI.  Any copying infringement will be pressed.

Yesterday, the10th of July, Sean's daddy and my son Michael, was sentenced to 9 months in jail and five years probation for being negligent to protect Sean.

My heart is saddened for Michael but also relieved that it is over.  His sentencing is yet another step toward justice for our beloved Seanny.

Michael adored Sean.  He adored all of his children.  However Sean's death is a result of years of verbal, mental and physical abuse and manipulation toward his daddy by the monster who eventually murdered him.  As is the case and reported by mostly women, Michael was a victim of domestic abuse which caused him to become beaten down and weak.  So  much so that he felt there was no way out and he felt at a loss in knowing how to protect his children.  And he wasn't far from the truth.  To date there are no resources as there are for women, for men who suffer abuse from thier mates.  Men are strong and able to handle all is the assumption and the expectation.  But just as women who are caught in domestically violent situations, they are first and foremost human and can and do suffer from isolation, low self esteem and the feeling of worthlessness and helplessness from being weakened by thier abusers.  This is not an excuse, however it is a sad fact.

Michael has never denied that he did not do enough to protect his children.  However he was not the abuser.  He was the one who took Sean to the hospital, who never left his side and who has been devastated and continues to grieve on a level I can only imagine.  His guilt is so that I am amazed (and grateful) that he has not taken his own life.  He has admitted to his lack of action and his responsibility in his son's tragic death from the beginning and knew that he too must pay.  His jail sentence is a mere drop in the bucket in comparison to the anguish and guilt he will hold onto for the rest of his life and the grief that will not end after losing all of his children.  But unlike Sean's murderer, he has publicly and remorsefully admitted to the role he took leading to Sean's death tearfully stating many times throughout this past year, "I failed my children".  He also voluntarily gave up his parental rights to his daughter's knowing that they deserve a better life.  The monster continues to hold up thier happiness with appeals that will prevent thier adoption by the amazing, loving family with whom they have been blessed, for God knows how long.

Michael's attorney spoke a personal statement on Mike's behalf, but even the prosecuting attorney, Mrs. Tobin, (on a rare occasion) gave a personal statement as well.  Saying that is rare for her to do so but that Michael was an exception.  The judge also spoke of his disgust with the DHS for not doing thier job in this case and that he would "shout it from the roof".

Everyone has regrets and choices in thier life that they wish they could change or do over, do differently.  I know I do!  I just want to say, I love  my children!  I love them with all my heart!  They were the most precious gift in my life and anyone who knows me knows how much I loved them.  I made extremely bad decisions.  I stayed in a very bad relationship in the hope that I could fix things, I could make everyone happy, or make everything ok as long as I never gave up trying.  My judgement, my entire thinking process was clouded by years of verbal, mental, physical abuse and manipulation by a very ill woman.  But never in my worst nightmares did I even think that all of this could ever happen.  Like the saying, "Hind site is always 20/20".  Now that I have had time to reflect and have been away from Crystal for some time. I realize now more than ever how beat down mentally I was.  But I kept thinking to myself, I had a baby on the way, plus Angel and Sean and all I wanted was for us to be a family.  And the harder I tried the worse Crystal would be.  Of course I wish I had left her, but she made that almost impossible.

Whenever he threatened to leave with the children, she would literally physically beat herself up and dare him to leave threatening to call police and say, "Look what you did to me!" "Who do you think they are going to believe?"  And he knew that he would be the one taken to jail.

Your honor I failed my son, my children.  But I always loved them and I never hurt them.  I tried my best with what I knew and what I thought at the time was possible.  But always that wasn't enough.  Losing my son, my daughter, my babies has crushed me!  I can't imagine any kind of pain worse than that of losing your children.  I would give my life in a heartbeat for the chance to change things, to leave Crystal and protect my son.  That's my regret.


For the full stories on the survival and testimonies, please visit www.youthvoiceinitiative.org and go to the Unsung Victims page to read the details.  If that doesn't have you sign the petition, I don't know what will....

We, the undersigned, want to let you know that abuse and violence is rampant, and is affecting our children, boy, men, and more.  And while it is culturally assumed that men are abusers and women are victims, this is to bring to light that not only are men abused too, that we must protect our men and boys from abuse as we protect women and girls.

In my testimonial section, you will see three stories, one about a toddler who was abused to death by his mother, a man who was victimized by domestic violence, and a man who is a survivor of multiple aspects of child abuse, including verbal, physical and sexual. For full testimonies of these three, please go to www.youthvoiceinitiative.org and go to the Unsung Victims page for the full story.

Thank you so very much for your time and efforts, I totally appreciate your dedication to help protect all people in our country.