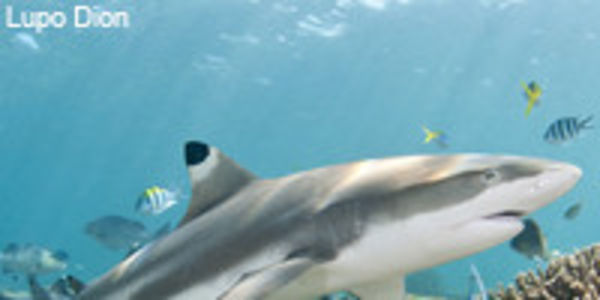 Sharks are essential to the health of our oceans. As apex predators, sharks maintain a critical balance in the ocean. When sharks are eliminated, disastrous effects can happen further down the food chain, including the collapse of commercial fisheries and degradation of coral reefs. Ecosystems with healthy shark populations have higher numbers of fish.

The shark fin trade is decimating shark populations worldwide. Shark fin soup is a luxury that is responsible for tens of millions of sharks being killed every year. While sharks are essential, this soup is not.

A third of shark species are threatened with extinction.Some populations have plummeted by over 90%. Sharks cannot easily recover from overfishing because they reproduce slowly, taking years to mature and producing few offspring.

California bill AB 376 is now being considered in the Senate to make it illegal to "possess, sell, offer for sale, trade, or distribute a shark fin." A statewide survey indicates strong support for AB 376 among registered voters and Chinese-Americans. However, the bill is being strongly opposed by those who profit from the trade. Tell your State Senator that you support AB 376 and the sharks.

Shark conservation is vital for healthy oceans. As apex predators, sharks are critically important to ocean balance. Recent studies indicate that regional elimination of sharks can have disastrous effects further down the food chain including fisheries collapse and negatively impacted reefs.

The shark fin trade is decimating shark populations worldwide. Sharks face an urgent threat: relentless over-fishing to feed demand for their highly valuable fins. Scientists estimate that up to 73 million sharks are killed each year for the shark fin trade. The International Union for the Conservation Nature (IUCN) states that approximately 1/3 of all shark species are on the path to extinction. With demand exceeding supply, coupled with their slow reproduction, many shark populations are quickly disappearing from our oceans.

California alone is responsible for approximately 85% of all U.S. dried shark fin imports. Los Angeles and San Francisco are major points-of-entry. California also re-exports shark fins from all over the world further contributing to a growing global problem. Shark fin soup consumption, globally, and throughout the U.S, has risen from a few million consumers in the 1980’s to more than 300 million today. This growing demand means that sharks everywhere are being severely overfished.

AB376 addresses global and local issues of sustainability and ocean health. The federal ban on shark finning in U.S. waters is a positive step in ocean resources management but does not address the on-going global decimation of shark populations in international waters. AB 376 enables California to cease being a participant in the worldwide elimination of sharks by stopping shark fin consumption and distribution in our state.

The people of California want a shark fin ban. Recent market surveys reveal that 76% of California voters, including 70% of Asian American voters, support the passage of AB376.

We, the under-signed residents of the State of California, request that you vote Yes on AB 376. Let California join Hawaii, Washington, Oregon, Guam and the Commonwealth of the Northern Mariana Islands, French Polynesia, the Bahamas, and most of Micronesia, the states, territories, and countries that have already banned the shark fin trade to protect the oceans and its sharks.