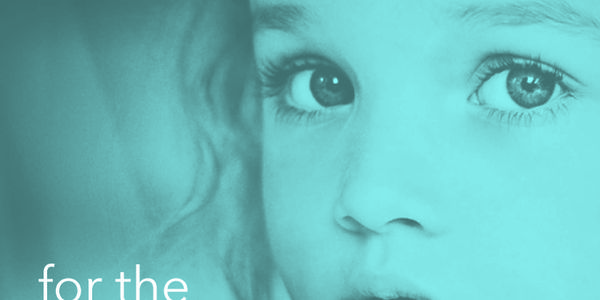 Save our Children-Pass Trinity's Law!

Too many Sex Offenders and predators are getting off with just a slap on the wrist and all that is required of them is the promise they will register and stay away from (some) children. It is not working! More and more everyday there are scores of innocent children that come up missing, molested, and hurt in the most heinous way. All too often these offenders are getting off with very little if any punishment at all. Many of them are or have absconded and are out there in  ANYWHERE AMERICA undetected searching for their next victim. THIS HAS GOT TO STOP. The offenders who have done this to these precious babies get to walk free while the children and families suffer (many times in silence). There are so many children who do not survive their attacker, and those that do survive suffer until they can find some kind of inner peace, and perhaps a way or an avenue to get help. But either way there is someone left behind suffering from something that can be stopped. Come on Texas, we can do this now, then we'll go State to State! Sign now and share!

"TRINITY'S LAW" which will feature 3 MAIN ASPECTS and legislation that carries a certain sentencing range and electronic monitoring for convicted child sex offenders:

(No Plea Bargaining in ANY sex crime case against a child)

We the undersigned write in support of the passage of Trinity's Law: legislation requiring mandatory sentences and electronic monitoring for convicted child sex offenders.

Each year, millions of children fall prey to sexual predators (usually someone the child knows, loves and trusts). 1 in 4 girl and 1 in 5 boys are sexually molested before they reach the age of 18, according to the National Center for Missing and Exploited Children.

Long mandatory sentences for child sex offenders are the most effective for the following reasons:

1. Mandatory sentences increase the severity of punishment, and act as a deterrent to crimes, likely reducing the number of sexual crimes against children.
2. Mandatory sentences are a direct and immediate measure to prevent another crime from occurring. Kept away from the general population, sex offenders cannot commit another sex offense against a child during their prison term.
3. Longer prison sentences reduce the substantial burden placed on law enforcement to keep track of an increasing number of offenders.
4. A high recidivism rate among sex offenders merits tougher penalties to prevent the all-too-common re-offense. Convicted sex offenders are four times more likely than other criminals to be rearrested for a sex crime, according to a 2003 study by the Justice Department's Bureau of Justice Statistics (BJS). That statistic probably understates the risk of recidivism as it compares convicted sex offenders with other criminals rather than the general population, it examines only one-time sex offenders instead of the two-time offenders who are more likely still to repeat the crime, and it counts only re-arrests as repeat offenses, when others may have committed sex crimes without detection.

Of the released sex offenders who commit repeat offenses, forty percent perpetrated the new offense within one year of their prison discharge, and the majority of the children they molested after leaving prison were age thirteen or younger, according to BJS.

For all of these reason, we ask for your leadership on ensuring Trinity's Law is passed in the upcoming legislative session.

I have a cause to see changes made in the laws of this country concerning Sex Crimes against children so that what happened in my granddaughter's Aggravated Sexual Assault of Child case will not ever happen to another family in that the perpetrator received minimal sentencing for a maximum crime. I agree to work until laws are changed concerning sex crimes especially against children, right here in my city first and then across this nation.

When it comes to Sex Crimes against a children, our children for far too long have been placed on the back burner by our law makers and the court systems and this MUST CHANGE!  My mission is to protect the children of this country. Trinity's Law prohibits plea bargaining in any Sex Crime case and carries a certain range of prison time, and that time is to be served day for day. We will rejoice when changes are made in the way Sex Crimes against children are prosecuted in this country. We need a separate court for Child Sex Offenders which will require Judges and Prosecutors to be assigned to those courts.  This way Child Sex Offenders are separated and their heinous crimes can be processed and handled adequately.  Until this change in the justice system takes fruition, our children are prey to sexual predators.  Please join with those who fight the good fight to change the laws of this country related to Sex Crimes especially against children.