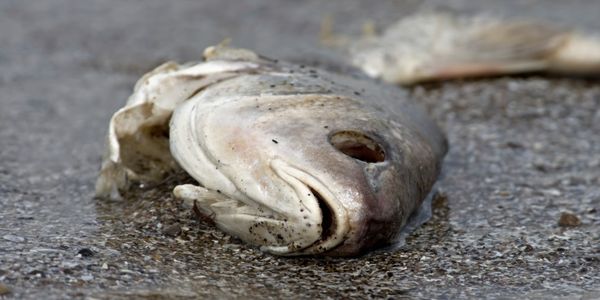 A few major companies have pledged to stop using water-polluting plastic microbeads in their personal care products. But they are taking their time, while these poisons continue to adversely affect our environment.

And, according to Thinkprogress, these pollutants used in personal products. mostly as exfolients in soaps and toothpastes, are already adversely affecting human health.

The microbeads are tiny particles of plastics that pass through water treatment filtration systems and end up in large bodies of water where fish often mistake them for edible eggs and other food. Even worse, these already toxic plastics absorb pesticides and other dangerous chemicals that are passed on to humans through fish consumption.

Although none of this poisoning is necessary, because of natural alternatives, the industry and too many politicians are resisting change and other lawmakers’ attempts to ban microbeads in several states. Just last year, reports Think Progress, the Personal Care Products Council justified their use of the microbeads citing their “safe and effective exfoliating properties.” And in the same breath the Council claimed to take concerns about microbeads in the environment “very seriously.“

Clearly we cannot depend on company self-regulation and politicians to address this serious health concern as expeditiously as needed. Sign this petition to insist the FDA step in and ban microbeads in all products made in and imported to the United States.

We, the undersigned, are concerned that manufacturers of personal care products and state politicians are not taking appropriate measures to address this serious health and environmental concern.

ThinkProgress notes that, despite the huge amount of microbead pollution in New York State waters, particularly the Erie Canal area, U.S. Senator Kirsten Gillibrand's push for a ban was overcome by Republican votes against it last year. This was even after “General Eric Schneiderman found and reported that “microbeads 'are systematically passing through wastewater treatment plants across New York State and entering bodies of water, and that roughly 19 tons of microbeads wash down the drain in New York every year.”

A Guardian report, among others, notes that the industry is acting much too slowly to address the seriousness of the environmental and human health impact caused by microbeads polluting our waters. It points out that although major companies, including  Johnson & Johnson, Unilever, and Procter & Gamble "have pledged to phase out the use of microbeads in favor of natural alternatives, they also say that the shift could take several years.”

Another problem is that some pledges and a few state bans passed already have loopholes. The industry could end up substituting other ingredients that also harm humans and the environment. Campaign director for the “Story of Stuff Project” Stiv Wilson, told ThinkProgress that some banning bills also include a compromise that exclude biodegradable plastics. These, he said, “were written by the industry and passed with 'sneaky' language that in some ways 'duped' legislators and stakeholders.”

It’s important that the FDA take an immediate and decisive stand on this issue and ban the use of microbeads in all health care and other products and any other similarly polluting ingredient that might be considered for use as a substitute.

Thanks for your time