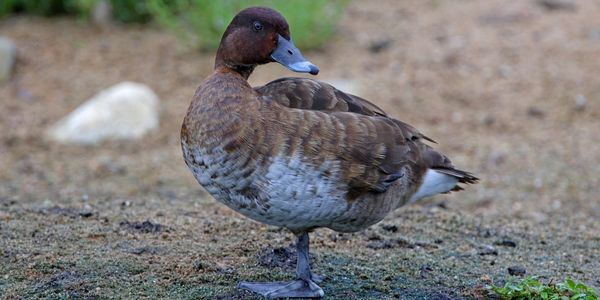 Although duck hunting is banned across much of Australia, it still continues in the state of Victoria. Hunters killed multiple members of protected, threatened species on only the first day of this year's hunting season, and onsite vets cared for even more wounded ducks that were left behind.

Hunters are prohibited from shooting both the blue-winged shoveler and hardhead ducks in Victoria this season, given both were recently listed as threatened due to declining populations. Wildlife Victoria's lead veterinarian, Natasha Bassett, who joined rescue teams at Lake Bael Bael near Kerang on Wednesday, said the first duck she treated was a female blue-winged shoveler.

Beyond the clear concern for conservation, there's the issue of unnecessary suffering and unenforceable welfare standards.

"Shooters were wounding birds and not even bothering to retrieve them, which is illegal," said Animal Justice party MP Andy Meddick, who witnessed the first day of hunting season. "The ones we couldn't find could suffer for days, even weeks, before dying of infection or drowning."

The Andrews Labor government has a strong social-policy agenda, so why doesn't that extend to animal protection?

The Greens leader, Samantha Ratnam, said it was clear the government had put the interests of the greedy hunters above the safety of the state's native ducks. Why is Premier Daniel Andrews prioritizing their bloody hobby over protecting innocent animals from suffering?

We must be louder than the shooting lobby whose interests these public officials are catering to so that we don't lose these threatened species forever! Sign the petition if you want to see duck hunting banned in Victoria!