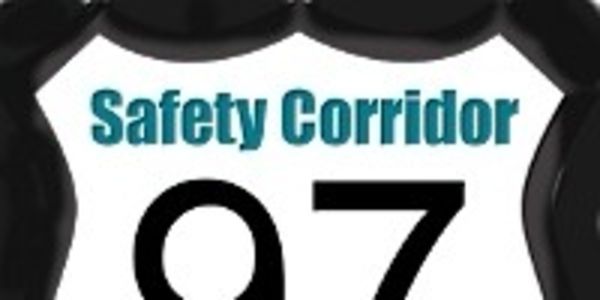 Demanding a Safety Corridor to Save Lives on Highway 97!

Recently a family in our community suffered a tragic loss that none of us can imagine, and yet all of us are feeling the heartbreak. A devistating accident at Bear Drive and Highway 97 claimed the lives of three young boys and their mother. These deaths could have been prevented by reforming Highway 97. We need to act now before this happens again!

While there are many accidents that we can all recall, almost nothing is worse than when a child dies. Anyone who lives in Oregon definitely knows of the deadly crashes that occur on Highway 97. Too many lives have been lost due to deadly crashes on 97 and now with the speed limit increase we are already seeing a rise in incidents. The fact is if you live in Madras or in a nearby Central Oregon town you know of someone who has died on this highway. Chances are most Madras residents will name two intersections as being the most notorious for horrific crashes with too many fatalities to count over the last couple decades and those are Bear Drive and Dover Lane.

There is a highway safety advocate that is working diligently to get changes made as well and she has started a Facebook group called Friends of Highway 97, Oregon. One of the things this group is working towards is a safety corridor to be implemented on the stretch between Madras and Redmond. This means 55mph and lights on for safety. Did you know there are 85 driveways and crossroads that require a left hand turn on this stretch?

So why now? Why take a step now to ask ODOT and Rep. Bentz to make a change? For one I believe with the speed limit recently increased to 65 MPH we will continue to see more deadly accidents. ODOT was against this speed limit change and with the recent laws lost control of such changes.There has been measures taken to make intersections safer along 97 between Madras and Redmond. For instance flashing lights were added to Dover Lane several years back but unfortunately it has not made much of a difference. There was also action taken to close Wimp Way just north of Terrebonne where many accidents had occurred but it's still not enough. Also, just within the last few years a turn lane was added on 97 at the Iris Lane intersection. Flashing lights and a few turn lanes don't fix it and we can't close every fatal intersection.

So, what needs to happen? This petition is to request that a safety corridor being implemented from Madras to Terrebonne along 97.

**What is a Safety Corridor?
Safety corridors are stretches of state and local highways with an incidence of fatal or injury traffic crashes higher than the statewide average for that type of roadway.
Typical actions taken in safety corridors to increase safety include more frequent enforcement, low cost engineering improvements and education efforts such as media events and brochures,etc. Drivers are asked to pay extra attention and carefully obey all traffic laws when driving in these areas.

**How does a roadway become a safety corridor?
Designation as a safety corridor comes as a result of a request from a Legislator, an organization, family or individual. This is followed by an in-depth look at crash statistics to determine if the problem being reported is an isolated incident or a longstanding pattern.For designation, the corridor must have a three-year average of the local fatal and serious injury crash rate that exceeds the statewide average for a similar roadway. This ensures that a persistent problem is being addressed.There must be a commitment by state and/or local law enforcement to provide a patrol emphasis on the corridor. Enforcement is the single most effective short-term tool in reducing traffic crashes in corridors.

"Never doubt that a small group of thoughtful committed citizens can change the world; indeed, it is the only thing that ever really has."
-Margaret Mead

Care2
Demanding a Safety Corridor to Save Lives on Highway 97!
SHARETWEET