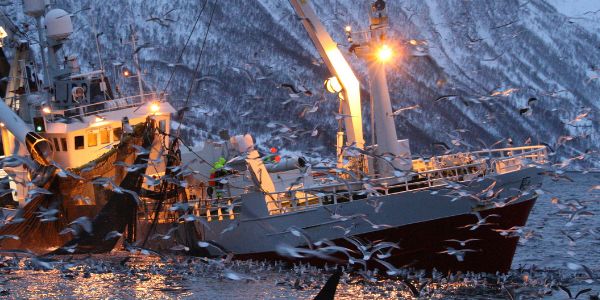 575 Whales Were Slaughtered in Norway This Year; Sign the Petition to End Whale Hunting There!

This year was the largest slaughter of whales in Norway in over 5 years, the body count totalled 575 minke whales. This number is particularly staggering when you learn that most Norwegians don't even eat whale meat! A recent poll revealed that only 2% of Norwegians eat whale meat with any regularity and virtually no young people do. So why is the government still allowing this cruel industry to flourish?

Sign the petition to urge the government of Norway to finally ban antiquated and cruel whaling!

The whaling industry is not only killing off critical animals, they're doing it in extremely inhumane ways. For example, 1 in 5 whales do not die immediately when struck with a harpoon, meaning they die a slower and more painful death. Additionally, two-thirds of the whales killed are female and half of those are actually pregnant when they die! Recent polling shows that the  vast majority of Norwegians find these facts totally unacceptable. Let's join them and amplify their call to end this cruelty now!

Besides the torturous way many of these whales die, the very fact of their deaths is bad news across several fronts. For one, whales are a critical part of our oceans and as Vanessa Williams-Grey of Whale and Dolphin Conservation so eloquently put it: "Whales are our allies in the battle against climate change." So why has the Norwegian government been throwing money at massive marketing campaigns to try to get Norwegians behind the industry?

In addition to cruelty and ecosystem considerations, Norwegians are also against whaling because of the hit it takes on their tourist industry. Alive whales are an attraction for visitors to see and marvel at, dead ones are a tragedy. Many Norwegians want no whaling zones at the very least so that whales have a safe place to be and humans have a way to enjoy them, too.

Will you sign the petition telling the Norwegian government it's time to stop propping this industry up and end it altogether?

Care2
575 Whales Were Slaughtered in Norway This Year; Sign the Petition to End Whale Hunting There!
SHARETWEET