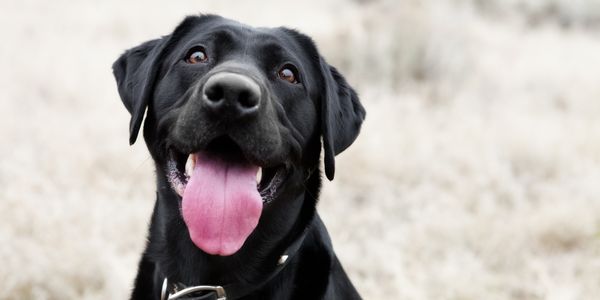 Purdey the cancer support dog was stolen from her owner in the middle of the night!

It's every pet owner's nightmare -- your beloved dog, cat, or other animal companion goes missing. But for one woman in Leicestershire, England, that nightmare was compounded by heartbreaking circumstances. Purdey, the black lab that she was given to help her recover emotionally and physically from grueling cancer treatments, was stolen from her own home in the middle of the night and hasn't been seen since.

Purdey's owner is a cancer survivor, which is wonderful but absolutely not without its own hardships. Cancer treatments take a massive toll on one's body, mind, and spirit, and cancer support dogs like Purdey help immensely in the days, months, and years after recovery when support may be harder to come by. Purdey's owner describes the wonders done by the pup's presence -- Purdey was an excuse to get out of the house and get walking; she gave her owner "joy," "purpose," and "something to focus on."

But in the dark hours between February 18 and 19, someone stole Purdey from the farm where she lives with her human. The details of the kidnapping have not been released, but it is safe to say that sweet Purdey must have been, and still is, terrified and confused.

Kidnapping anyone's animal companion is heinous enough. But Purdey's human had relied on her for physical and emotional support following intense treatments for cancer. "Because of this, we have developed an incredibly close bond. Our relationship is special and unique. I need her and she needs me." Purdey's owner worries that her own fear and anxiety is most certainly mirrored in Purdey, wherever she may be.

While whoever stole Purdey should face consequences, we know that the best way to recover a stolen pet is to make it easy and non-threatening for someone to give them back -- and right now, Purdey's safety and her owner's peace of mind should be priority for authorities. Offering a reward and the option for understanding, forgiveness, and less punitive action will encourage whoever stole Purdey, or someone who knows of her whereabouts, to return the sweet pup more swiftly and safely.

Sign the petition and tell the Leicestershire Police to focus on bringing Purdey back home where she belongs in the most effective way possible!
Sign Petition
SHAREShare this petition with friends!TWEETEMAILEMBED
Sign Petition
See more petitions:
You have JavaScript disabled. Without it, our site might not function properly.

Care2
Purdey the cancer support dog was stolen from her owner in the middle of the night!
SHARETWEET