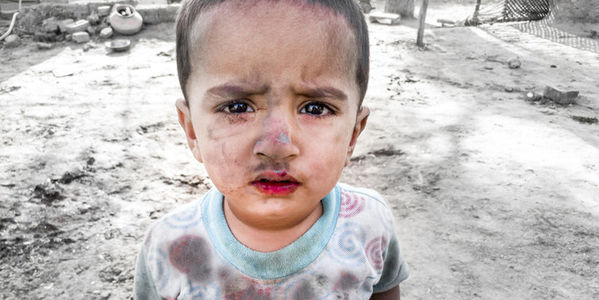 We all know that Donald Trump holds grudges. He hates Hillary Clinton for being a woman who dared to run against him, Obama for having larger inaugural crowds than him, and whistleblowers for their commitment to facts. There's a whole lot of people and organizations he hates, but now Trump has a new #1 nemesis: the World Health Organization (WHO).

He hates the WHO so much that, even though the UN has come up with a resolution for a global ceasefire in order to allow everyone to focus on countering COVID-19, he's blocking it just because it mentions the international public health organization.

Sign the petition to demand that Trump stand aside and let the UN call a ceasefire during the COVID-19 pandemic!

The middle of a global pandemic might seem like a strange time to pick a war with the WHO, but that's exactly why Trump's doing it. He hates the WHO for making him look foolish and weak after he endangered millions of American lives when he rejected the WHO's offers of masks, tests and assistance. And now, he wants to make vulnerable civilians in war-torn regions all over the world pay for it.

While people across the globe are suffering under staggering death tolls from the incredibly contagious novel coronavirus — more than 304,000 as of Friday, May 15, 2020 — unfortunately, it's not the only thing that's threatening lives. Wars and conflicts are still raging on, claiming untold lives and decimating entire communities. For many, the virus is simply the most recently-added danger.

That's why it was such an important step when members of the United Nations Security Council came together to negotiate an international, coronavirus-related ceasefire. For six weeks, the Council, led by France, worked to come up with language that would be acceptable to all 15 member nations. They thought they'd finally nailed it, but the U.S. stopped council members from voting on the ceasefire resolution. Why? Because the resolution mentions the WHO.

That's right. Trump hates the WHO so much that he is actually preventing a global ceasefire that could save countless lives. He would prefer war and conflict to continue unabated, just so that the WHO doesn't get a mention in a UN resolution.

This level of childishness is sickening. Civilians in the middle of combat zones are not pawns in Trump's game of egotistical chest-puffing. This shouldn't even have anything to do with Trump! Can't we all just agree that war is bad, and when there's a global virus menacing us all at every turn, it's even worse?

Sign the petition to send a piercing, loud message to the White House: allow a vote on the UN ceasefire resolution, and vote "yes"!
Sign Petition
SHAREShare this petition with friends!TWEETEMAILEMBED
Sign Petition
See more petitions:
You have JavaScript disabled. Without it, our site might not function properly.