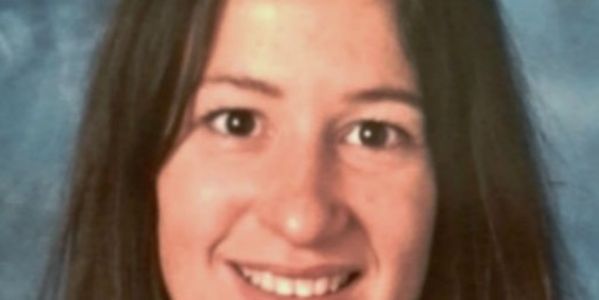 2+ Years Without Mommy: Help Little Children Be Returned to Their Loving Mother

We the undersigned respectfully submit our signatures for the custody of the small children of Kathryn Moore to be returned to the loving arms of their mother, for Kathryn Moore's Concealment charge to be Dropped, (5 months) "Time Served", and for the father of children to be required to complete the California Court Ordered Substance Abuse Rehabilitation, he appears to have evaded; as well as, requiring the father to successfully complete Batterer's Intervention (suggested by former Family Support Council employee) or Anger Management with ongoing counseling. Nevada's Court Order, from the bench, for the fathers' counseling also appears to have been evaded.

Please Note:  For the purposes of petitioning for Little Children to be returned to their Loving Mother, the State of Nevada commonly awards "Joint Custody", in which both parents have approximately 50/50 custody.

Prior to Kathryn's "Concealment" (Concealment of children) charge she has had No History of Criminal Charges.

Kathryn Moore's charge of Concealment has been pending since January 6th, 2014, with no resolve. The State of Nevada does not argue that Kathryn is a Loving Mother, and that her minor children were never in danger while with their mother, Kathryn, having fled the state to protect them from imminent harm.

Kathryn Moore fled with her two toddlers as an act of "Relying on Legal Counsel", and as an act of Protection, a Fundamental Child and Citizen Right fortified to Americans by our United States Constitution.

Kathryn's Legal Counsel had repeatedly, ongoing for many months, urged Kathryn's elderly parents, family members, for Kathryn and her little toddlers to leave the State of Nevada and go to her family.  Legal Counsel clearly advised Kathryn's elderly parents, sister, and Kathryn to leave Nevada, then remain with family for 6 months before following the entirety of the legal advice given.

Kathryn's Legal Counsel clearly stated to these family members on more than one occasion that she was giving this legal advice on that of her mentor's advice (unnamed Mentor Attorney's advice).

It is commonly known, as well as, it is stated within the texts of several authorities of the Law, that "Concealment Laws" were written, yet never intended to be used against a parent attempting to protect their child(ren).

Kathryn's Legal Counsel also advised Kathyrn & family members  that the county in which her small children and that she resided in had "Failed To Provide Protection".  Kathryn's Legal Counsel argured both in Court and in written Motion to the Court that, the Court and County employees had "turned a BLIND EYE" to the protection, welfare of the minor children, Kathryn, and family.  Kathryn's Attorney argued in Court and in written Motion to the Court that "Unethical" and "Unjudicial" actions had taken place, and argued that "the Due Process of The Law" had not been followed, particularly for the older of the two minor children.  In fact, this attorney told Kathryn that she filed a complaint with the State Bar of Nevada against the judge on her custody case.

In another hearing, Kathryn produced a photo of thier older toddler, bearing a large bruise across nearly the entire left side of her toddler's torso.  The Judge LAUGHED along with the father of the child, immediately following the father's testimony that their child had (SUPPOSEDLY) injured herself 5+ times in the same afternoon.

This darling child had returned home to her Mommy with deep cuts and abrasions, predominantly on her face, small bruises and the large bruise described above.  She frequently smelled of urine, a brewery, a locker room, and an ashtray, upon returning home to Mommy.

Yet, Dr. Stiemetz, Pediatrician, had diagnosed her with Suppressed Immune System, and found a High level of Carbon Monoxide in her blood test.  Another Physician issued a written diagnosis that included NO SMOKING AND NO SECOND HAND SMOKE IN THE HOME of both children.  The NO SMOKING IN THE HOME was typed in CAPITALIZED BOLD PRINT in the doctor's paperwork given to Kathryn. (Kathryn does not smoke and the physician's are aware that Kathryn does not smoke).

This is certainly FAR from being the only "alledged", SUDDEN AND UNPROVOKED, abuse and death threats by the father to the family: this small child, her sibling, Kathryn and family members.  To say there has been a "BLIND EYE" is an understatement.

The petition to Nevada State Officials will include a letter describing alledged, SUDDEN, UNPROVOKED, abuses and other Chronological pertinent facts spanning years; such as:

A) the older of the two toddlers having been smothered in an act of suffocation, in which Kathryn desperately pleaded for the life of their child, while the father forced Kathryn's arms, smothering their child in her mother's arms, in the fathers forceful bear hug.

B) the younger of the two toddlers having been injured in a non-life threatening injury, in which Sara Saul, an Emergent Care Nurse, called the local police department, and this is noted in the Nurse's Notes that were provided to the Court.

I and family members have kindly asked the father of my children to please refrain from:  continuing to leave our small toddler unattended for hours, in his travel trailer, as well as, using our child's car seat as a restraining babysitter for hours.

I and family members have kindly asked the father of my children to stop dangerously leaving our toddler and baby boy in his truck for minutes in public places.

I stress that I and family members "kindly" requested the father of my children to stop endangering our small children.

Please understand the father of our little ones, appears in our community to be a congenial Christian, that tends to keep to himself.  Yet, within the Afflictions of Lifelong Chronic Alcoholism, he has clearly had episodes of AMNESIA-LIKE AND BLACK-OUT BEHAVIOR, in which he most often did not recall what he did to us the night before.  He appears to be honest about most often having "No Recollection", without admission of . . . the "alleged" SUDDEN, UNPROVOKED, Abusive, Agressive, and sometimes life threatening behaviors.

BEGGING FOR OUR CHILD'S LIFE

I myself was gasping and our child had no possibility of air intake, being squashed between him and I in his suffocating bear hug grip. He had been forcing the suffocation of our own child in my own arms withhis gripping bear hug.

I believe surely an Angel of the Lord interceded to cause him to finally let loose his grip before our small child suffocated to death. It could only have been a miracle that saved my Sweet child from her father's crazed, SUDDEN and UNPROVOKED behavior.

RESCUING OUR CHILD FROM A "LOCKED VEHICLE"

I have rescued my child from her father's "Locked Vehicle".

I have come to understand, after the day this occured, from a Paralegal, that "Locked Vehicle" is the legal term for a vehicle with all of its windows rolled shut, and not referring to the locks themselves.

The father of our small child entered my home without a knock, unannounced, and without our child that he had left my home with the same day.  When, I noticed him I immediately asked, "Where's (our child's name)?".  Instead of an answer, the father of my child began making conversation, and shortly after made an amourous advance, attempting to pull me close to him.  During the approximate five minutes of conversation, I had intermittently continued asking the same question, "Where is (our child's name)?"

Finally, he answered saying she was outside in his truck.  I rushed out my front door, knowing full well that she was NOT FINE, as he had also added, "She's fine."

I found his truck in my driveway, my Baby Girl inside with bright red pink skin, and the windows all rolled shut.  I could not get her out fast enough.  She was soaked in sweet, and not readily conscious, but she was breathing somewhat shallow.

This was and is utterly TERRIFYING. Our sweet little girl would have surely DIED OF SUFFOCATION/HEAT STROKE, had I not been there.  I am mortified that our child has suffered when her father has Failed To Provide Basic Care.

Months later this failure continued, as my little one was clearly traumatized in describing to her elderly grandparents and Mommy, that "Daddy leaves me in his truck", "I'm scared", "I cry when I am in Daddy's truck", and she continued on looking for help from her Mommy, Nana, and Papa.

I state, under penalty of perjury, that the foregoing is true and correct to my knowledge.