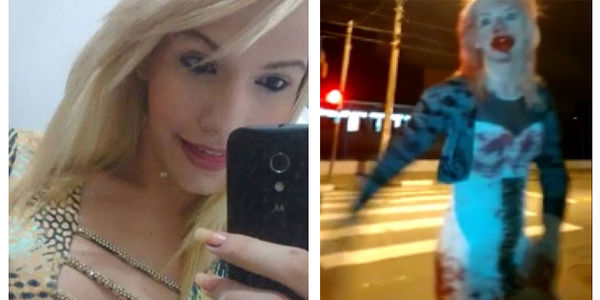 Laura Vermont, an 18-year-old transgender woman, was killed in late June 2015. São Paulo police are being investigated in the death. A medical examination showed Laura died by head trauma. Her body was found stabbed and shot in the arm.

Please sign the petition to demand justice for Laura!

Laura went to a party on Friday, June 19. At dawn on Saturday, she allegedly got into a fight with another trans person. Police say they were called to help her, but she stole their car, crashed into a pole, and hit her head on the dashboard, which caused her death. One of the officers allegedly shot her in the arm to prevent her from stealing the car.

But the police's story doesn't seem to add up. Her family says Laura did not know how to drive and therefore could not have stolen the police vehicle. Security cameras where Laura died show military police beating a transgender individual. In addition, video footage of Laura walking around bloodied and disoriented, running from police cars (or perhaps the one she crashed) shows that either a) she didn't steal the car at all or b) she stole the car, walked away from it, and was beaten to death after.

The two military police officers involved, Ailton de Jesus, 43, and Diego Clemente Mendes, 22, initially lied during testimony, omitting the fact that one of them shot Laura while trying to stop her from taking the car. They were arrested on charges of loose procedural fraud and perjury and are being investigated. The officers have been granted bail.

Please sign the petition to demand justice for Laura! Tell the São Paulo police to conduct a thorough investigation into her death and to implement sensitivity training for dealing with trans and gender-noncomforming individuals.
Sign Petition
SHAREShare this petition with friends!TWEETEMAILEMBED
Sign Petition
See more petitions:
You have JavaScript disabled. Without it, our site might not function properly.