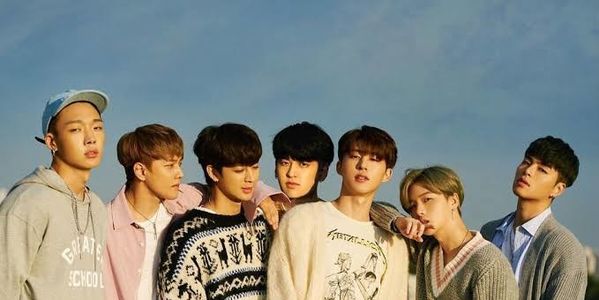 We have been loyal supporters of iKON for the past years. We are very grateful to you for giving them the opportunity to connect with fans through their personal, and official fan accounts.

We are solemnly following @withikonic on Instagram, iKON on Facebook and @YG_iKONIC on Twitter for updates about iKON.  However, we feel that iKON's social media accounts are not managed well. Due to this, we would like to place a formal complaint regarding this matter.

iKON has been running all throughout the year with many events and accomplishments. We know you are aware of all achievements iKON have gathered in the past year. Aside from awards, there are also lots of events that these official accounts failed to update or post about. This could have been a big opportunity for the general public and the Kpop community to know about iKON more. We acknowledge that when music is great, it just becomes unavoidable but Mr. President, we need to keep the momentum going. iKON has been invited to many shows since the start of 2019 and it would have been nice if we knew these from iKON's official accounts. We, as fans, especially the international fans, rely heavily on posts of @withikonic on Instagram, iKON on Facebook and @YG_iKONIC on Twitter. We are aware that there are certain events wherein the brands should be the first one to announce the event, but can't @withikonic, iKON's official Facebook account and @YG_iKONIC post a picture after the brands have announced their event (such as the launching event of Samsung in 3 different countries)? If it's not too much to ask, can the posts have English translations too? Thank you in advance, boss!

In comparison to other artists' social media accounts, it is very evident that the social media managers of official iKON accounts are lacking. Mr. President, social media is a very powerful tool that can help gather potential fans. This is a way for potential fans and fans alike to get an update on the artists, such as future songs, performances, awards and guestings. Billboard has a ranking system, known as 'Billboard Social 50', which ranks artists' social media activity and their frequency and consistency  in posting. We, iKONICS, have been doing our best to help iKON rank up in this chart for their name to be more exposed to the public, however, we need the official accounts to help us too and to do that we need your help Mr. President. We believe that you want the best for your artists and for iKON to be known in South Korea and outside Korea. 2018 is proof of how powerful social media is, with iKON's YouTube subscriber count increasing in approximately 2 million after Love Scenario came out (from 1.7M to 4.9M, as of current). Likewise, @withikonic and @YG_iKONIC's followers increased too. Followers of these accounts, mostly iKONICs, are following to get updates on iKON, again of their future plans, achievements and successes. Therefore, we are humbly asking you to help us tell the managers of these accounts to be more active in posting about iKON, especially when they receive awards, Mr President.

We are  asking you to help us resolve this situation and to consider this request. We thank you in advance for looking into this matter and for helping iKON be more known through the power of social media.