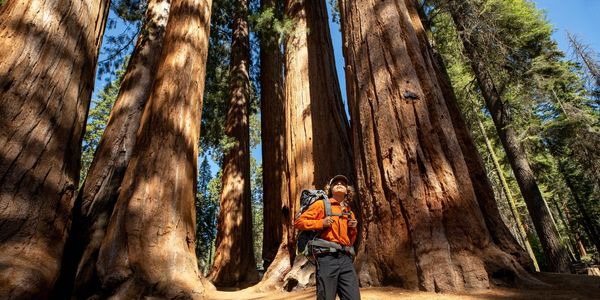 These trees can live thousands of years; the California wildfires wiped them out in minutes

The jaw-dropping trees of California -- the giant sequoias, ancient redwoods, and dancing Joshua trees -- are not long for this world.

Sign the petition and demand that the California Fish and Game Commission immediately list sequoias, Joshua trees, and redwoods as protected under California's Endangered Species Act!

Sequoias that live thousands of years usually only die at a rate of one or two per year. 2020's historically destructive wildfire season took thousands. Because of climate change, fires are burning hotter and bigger, and are able to consume the feet-thick bark and reach the once untouchable high tree tops.

The Joshua tree, already so threatened by climate change that it has been granted a temporary endangered status, burned by the millions in this year's inferno. That was after only 0.02% of their current natural habitat was deemed suitable for them if climate change continues the way it is.

And while the oldest redwoods show scars of survival from hundreds of fires in their lifetime, people continue to bulldoze and bring them down in the name of lumber and development, leaving only the newer-growth babies who have none of the stamina or armor that their older ancestors had. Public construction projects have left independent conservation groups scrambling to buy up as many redwood groves as they can so they can privately protect them.

But this shouldn't be the job of individual conservationists. The Joshua tree is already being considered for permanent protected status under the state's Endangered Species Act. This must be extended to redwoods and sequoias as well. While California continues to do its part in combating climate change which threatens these trees in the long term, it must also consider that we cannot get millions of them, some thousands of years old, back in an instant. Development, lumbering, and a lack of proper forest management needed to stop yesterday.

We need these trees. Not just because they are so vital to our nation's natural, visual history, but because they are cornerstones of their own individual ecosystems. Without these icons, our environment as we know it will cease to exist.

Sign the petition if you want to see these trees survive for millenia to come. California, add the sequoia, the Joshua tree, and the redwood to your Endangered Species Act!

Care2
These trees can live thousands of years; the California wildfires wiped them out in minutes
SHARETWEET