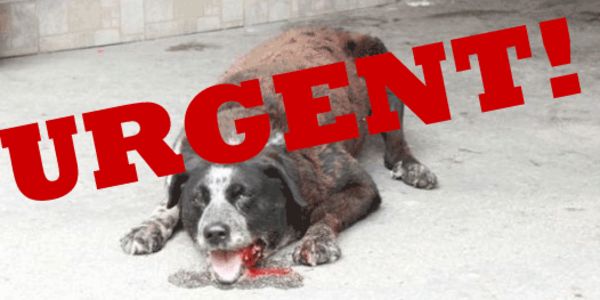 November 14, UPDATE:
Bad news. The Legal – Constitutional Committee of the House of Representatives in Bosnia Herzegovina has refused to adopt any amendments that would mitigate the amendments the SDP party has advocated:  amendments that will result in mass killing of strays.Two votes were for these mitigating amendments, three against and there were two abstentions. We do not know who abstained.The next step is a second reading on the 20th of November and then voting in the following B&H Parliament session – probably 15 days after the second reading, we don’t know.Bosnia-Herzegovina is one step closer to what is happening in Romania.

I have been asked by the lead activists in Bosnia-Herzegovina for letters to be sent from UK, EU and USA and elsewhere to your Embassies in BiH requesting action in persuading the BiH Parliament not to vote in the new amendments to the Animal Welfare Act. We need to have as many letters as possible sent to the embassies by Friday 15th November. The Constitutional-Legal Committee of the House of Representatives in BiH will initiate debate on the proposed law and submit any amendments on the 14th November.

I know some of you have already written such letters this, but please, do it again. All details and a draft letter here:

The kill-law has had its first vote and the vote is YES. But we have another week to fight before the second reading of the law!

RIGHT NOW WHAT IS NEEDED MOST URGENTLY FROM US OUTSIDE OF BOSNIA-HERZEGOVINA ARE FUNDS TO HELP THE ACTIVISTS CAMPAIGN. IF YOU CAN HELP PLEASE SEND A DONATION VIA YOUCARING - ANY AMOUNT NO MATTER HOW SMALL WILL HELP. https://www.youcaring.com/kill-law or directly to Paypal to donations@awabosnia.org - mark for 'advocacy'.

BOSNIA IS ABOUT TO IMPLEMENT A KILL LAW THAT REPLICATES WHAT IS HAPPENING IN ROMANIA - If IMPLEMENTED IT WILL MEAN WHOLESALE SLAUGHTER OF STRAYS. TO STOP THIS LAW COMING INTO EFFECT IT IS CRITICAL WE LOBBY THE BOSNIA-HERZEGOVINA AUTHORITIES NOW.

And there are other important ways you can help stop this law.
Please join the Facebook group to find out how: https://www.facebook.com/events/606785202697592/

The Parliamentary Assembly of Bosnia and Herzegovina, House of Representatives is about to vote on changes to the existing Animal Welfare and Protection Law, changes that would allow euthanasia of dogs in shelters that have not been adopted within 14 days.

Any such changes to the legislation will be inhumane and ineffective and we strongly urge the Parliamentary Assembly of BiH as well as the Council of Minsters of BiH to maintain the existing law as is. Rather than seeking changes, the law in all segments should in fact be implemented. The focus must be on obligatory registration and identification of ownership and nationwide castration projects.  Such projects are the most efficient and cheapest preventive measures, and are recognized as such by the existing legislation.

Euthanasia deals only with the symptoms and not the cause of the problem. It is expensive, inhumane and will not provide a permanent solution for the reduction of stray dog population, as proven in many other countries. Even though it seems it gives results in a short time, it does not. Killing dogs will not stop the arrival of new ones and for how long would such a plan of euthanasia last? Studies have shown the Trap-Neuter-Return (TNR) / Catch-Neuter-Return (CNR) programmes are vastly more effective than euthanasia to reduce the street animal population, as well as being much cheaper.

It is imperative that political leaders of BiH consider the evidence for humane and scientific stray management programmes versus kill programmes before accepting any changes to the laws in force. To reverse or change the existing law which has the basis for a humane management programme and to change it for a kill law will be a disaster for a number of reasons, and additionally, would have a negative impact on the image of BiH internationally.

Bosnia and Herzegovina suffered greatly during 1992-1995 war and looked to the world to understand its problems. Now it must show empathy for the stray dogs and cats and adopt scientific and sympathetic approaches in managing populations, instead of looking for an expensive and easy way out.  The stray dog and cat problem is not just a nuisance. It is an opportunity for BiH to show the world that it can deal with problems humanely and scientifically, in a way that actually solves the situation long-term.

We urge you to take this opportunity to adopt a rational approach to addressing the problem of stray dog and cat population by successfully implementing the existing animal welfare laws and undertaking a humane stray-dog and cat management programme. Such a programme will deliver permanent results and will dramatically enhance the image of Bosnia and Herzegovina as a country who deals humanely and ethically with their animals.

Trap-Neuter-Return (TNR) and Capture-neuter-return (CNR) or humane stray dog and cat management has been successfully demonstrated in dog and cat communities for decades and is now increasingly being adopted for dogs in many countries in many parts of the world. WSPA and IFAW can supply examples of many case studies. From places as far away from each other as the Caribbean Islands and Bangladesh, these organizations are improving stray dog control by advising these countries to use successful reduction programmes. There are even many successful examples from countries that have a very low income, where partnership with advisory organizations for the humane management of stray dogs (or cats) has been and is continuing to be, very successful. For example, HSI’s project in Dhaka, Bangladesh. We urge you to study this report: An End to Street Dog Killing in Dhaka, Bangladesh http://www.hsi.org/news/news/2012/02/dhaka_culls_end_022712.html.

Beryl Mutonono-Watkiss, campaign director for the WSPA, World Society for the Protection of Animals, a group dedicated to fighting animal cruelty worldwide said the WSPA’s experience in working on sterilization and adoption programs around the world shows clearly that legislation that calls for killing of any stray dog captured and unclaimed for more than two weeks is neither practical, humane or effective and will not provide a long-term solution.

The UK organisation Dogs’ Trust which represents the biggest dog foundation in the world is now present in BiH precisely as a result of BiH enforcing a no-kill legislation and has produced an extremely valuable document for developing humane and effective stray management programmes called Template for Change. Dogs’ Trust have considerable experience in the field and are willing to help BiH in their five-year intervention program worth 5 million Euros. Please consult this document: https://dogstrustinternational.com/resources/view/268/. See also The International Companion Animal Management Coalition’s (ICAM) guide to implementing an effective and sustainable approach that is proven to be effective: http://www.animalmosaic.org/Images/Humane_Dog_Population_Management_Guidance_English_tcm46-32307.pdf

Please also consider link between animal abuse and violent behavior in people. AKI (Animal-Kind International (www.animal-kind.org) gets more complaints and reports about animal abuse in BiH than any other country. Mr Ed Boks of the Yavapai Humane Society in Prescott, Arizona, United States wrote: “Both the American Psychological Association and the FBI recognize animal abuse or torture as an important indicator of future violent behavior toward humans.” The link between animal abuse and crimes against people has been well documented over several decades. Studies in psychology, sociology, and criminology during the last 25 years have demonstrated that violent offenders frequently have histories of serious and repeated animal cruelty. In the USA, the FBI has recognized the connection since the 1970s, when its analysis of the lives of serial killers suggested that most had killed or tortured animals as children. Other research has shown consistent patterns of animal cruelty among perpetrators of more common forms of violence, including child abuse, spouse abuse, and elder abuse. According to a 1997 study, animal abusers are five times more likely to commit violent crimes against people and four times more likely to commit property crimes than are individuals without a history of animal abuse. Professionals in the veterinary, animal control and animal welfare fields are now seeing companion animal overpopulation as a “people problem” rather than an animal problem with the individual and collective behavior of people as a causal agent.

The implication here for Bosnia and Herzegovina is that if the authorities and veterinary authorities continue to allow cruelty to animals to become normalised in the society, this will degrade the norms of the society and the culture. The leaders of BiH have the responsibility not only to find practical solutions to the stray animal problem, but also to ensure the future mental and physical health of the society. Killing stray dogs will damage society and will not solve the problem.

Changes to the law and the introduction of euthanasia in shelters for stray animals would lead to complete annulment of the results accomplished in humane population control projects already undertaken, which includes funds spent on castration / sterilization in Sarajevo, Zenica, Orasje, Banjaluka, Tuzla, Mostar, Breza and many other municipalities which started doing TNR.  Dogs Trust recently neutered more than 3000 street dogs in Sarajevo – if the law changes, these dogs will most likely be euthanized. The waste of funds and time involved in this programme alone would be shocking.

The legalization of euthanasia of stray animals means condoning the view of them as a plague that needs to be exterminated. It is another attempt to avoid dealing with real issues with real causes of the problem, such as registration of animals, identification of ownership, sanctioning of abandoning of animals, raising standards of veterinary practice and veterinary systems including dealing with malpractices, conducting a nationwide TNR, conducting waste management control, education projects, raising awareness about the cause of the problem. In short: building a sustainable humane dog population management system.  There is not a single shelter in BiH which has been built according to international standards. Existing shelters are horrific concentration camps where animals die of starvation, illness and are being killed in a monstrous ways.  An attempt to change the law to allow euthanasia in “shelters”, is nothing but a card blanche for mass killings of dogs.

Killing dogs is contradictory to everything that the Government needs to represent. It sends a message out to the children of the country that it is okay to kill other living beings, and that compassion towards other living beings is unnecessary. Any decision made October 2013 needs to set an example to all citizens of Bosnia and Herzegovina. Please show that BiH can reach the high standards of civilized world; please show that you are ready to address the root of the problem instead of eliminating in the most cruel of fashion the consequences. Show that Bosnia-Herzegovina cares and the rest of the world will appreciate it. And never forget, A DOG ON THE STREET IS NEVER THE CAUSE OF THE PROBLEM, ALWAYS AND EVERYWHERE THE CAUSE IS IRRESPONSIBLE HUMANS.