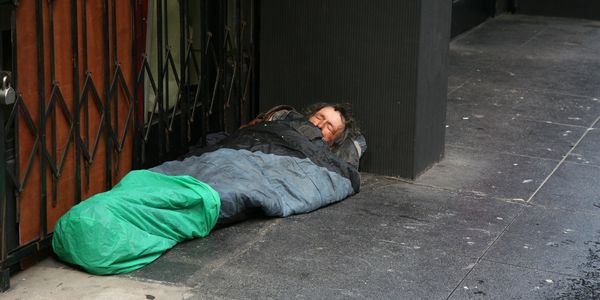 In terms of understanding, treating, and preventing the spread of the novel coronavirus and the disease it causes in humans (COVID-19), there is a long road ahead. But one thing is abundantly clear: social distancing and isolation is our strongest weapon against the virus' spread. For most, this translates to staying home, leaving only to perform life-sustaining tasks such as buying food or medicine. But what if, like almost 600,000 folks in the U.S. today, you don't have a home?

Sign the petition today and demand that all states allocate funds for emergency housing for their homeless populations!

It's easy to understand how perilous homeless shelters are during a pandemic. While federal and local governments alike advise citizens to stay home and stay six feet away from others, homeless folks in shelters are in close quarters with constantly rotating groups. In the midst of a global health crisis, they are already at a massive disadvantage since many are either under or unemployed, living in poverty, and have little to no access to a baseline of healthcare. There are already reports coming from homeless shelters across the nation of residents testing positive for COVID-19.

One such instance in Las Vegas, Nevada prompted the city to close a 500-person shelter. Left looking for a new location for these vulnerable people, the city could have turned to the hundreds of abandoned casinos and hotels throughout the city. Instead, the city decided to send the inhabitants of the shelter to a parking lot, where they painted lines 6 feet apart on the cold concrete to represent where each homeless person could lie down.

This is cruel and unnecessary. Other cities have proven that there are safer and more compassionate ways to shield their homeless populations from COVID-19. San Diego's Convention Center just opened its doors to the homeless community, and the city has been placing higher risk homeless individuals, or those exhibiting symptoms, in hotel and motel rooms paid for by the county. In a similar move, San Francisco has announced that the city is entering into contracts with hotels in order to temporarily use them for homeless individuals. The city hopes to gain access to almost 7,000 rooms.

These are admirable efforts and will undoubtedly prove to be effective. We cannot let Las Vegas' horrifying actions set a precedent for how we treat our most vulnerable in this time of crisis. Sign the petition today to demand states fund emergency housing for homeless people during this crisis!
Sign Petition
SHAREShare With FriendsTWEETEMAILEMBED
Sign Petition
See more petitions:
You have JavaScript disabled. Without it, our site might not function properly.