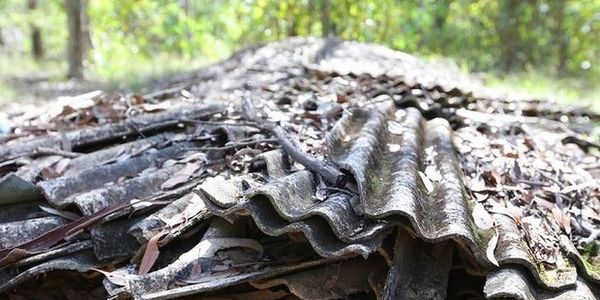 The Australian Government National Commission of Audit wants to dismantle the Asbestos Safety and Eradication Agency.   Australian unions, Asbestos groups, organisations and many other interested stakeholders fought long and hard to secure bi-partisan political support for this ground breaking initiative. The Asbestos Safety and Eradication Agency is an independent body that has one focus, and only one focus, ASBESTOS! It is vital this agency maintains its independence and does not get swallowed up into the depths of bureaucracy by being merged into a multi-faceted government department.  We must not let this happen!   Too many lives are lost to deadly and invisible asbestos fibres.   It can take between 10 and 40 years before an asbestos related illness such as Mesothelioma (asbestos cancer) is diagnosed.   Mesothelioma is a very aggressive and painful cancer.   We need to campaign for the Office of Asbestos Safety and Eradication Council to remain and oversee the control of asbestos in Australia.

To the Speaker of the House of Representatives/President of the Senate, we the undersigned petitioners humbly request your permission and attention on this very important matter.

Joint media statement from asbestos victims groups
Friday 9 May, 2014
Asbestos victims urge rejection of Commission of Audit recommendation
that independent Asbestos Safety and Eradication Agency be abolished
Representatives of asbestos victim groups and support organisations across Australia are
calling on Employment Minister Eric Abetz to reject a recommendation of the National
Commission of Audit that the independent Asbestos Safety and Eradication Agency, and it’s
governing Council, be abolished as a budget saving measure.
Set up last year with bipartisan support, ASEA had been given the task of providing a nationally
coordinated approach to improving asbestos education, and moving towards the eradication of
the deadly product, which is still found in millions of Australian homes and workplaces.
Asbestos victims are warning that at a time when Australia continues to have the highest per
capita rate of asbestos diseases in the world — with a death toll that has already exceeded
33,000 people — the loss of the independent national body set up to address the situation will
have potentially deadly consequences for thousands of Australians.
Experts estimate that up to 40,000 Australians that have been exposed to asbestos will die from
agonising asbestos-caused diseases. We believe that it is absolutely imperative that all efforts
be made to protect the community from further exposure to asbestos.
The formation of an independent national agency was a key recommendation of the Asbestos
Management Review. This proposal was overwhelming supported by asbestos victims, who
campaigned to see the Agency’s formation. It also enjoyed bipartisan parliamentary support.
In addition, the Asbestos Safety and Eradication Council — which is made up of medical, legal,
safety, industry and other experts, along with an elected representative of victims groups — was
formed to ensure this new agency had the best possible guidance for its challenging task.
Already, the Agency has begun to make a difference in the fight against asbestos disease,
working towards a nationally consistent response to prevent the tens of thousands of future
cases of asbestos related diseases predicted by medical experts.
The National Commission of Audit has recommended the unwinding of that process, with ASEA
to be consumed by the vast Department of Employment, and it’s governing Council abolished.
We are urging the Employment Minister, his colleagues in the Coalition Government, Opposition
MPs, the minor parties and independents to retain the bipartisan support for action on this issue
that led to the Agency’s formation.
This issue shouldn’t be about saving a small amount of money, it must be about saving lives.
Rolling out a coordinated national approach to community education and asbestos eradication
will do just that. The alternative option, as recommended by the Commission of Audit, will do the
opposite, seeing us return to a patchwork approach.
As people who have been directly touched by asbestos — either through personal exposure or
the loss of family, friends and workmates — we believe the ongoing existence of a strong,
independent body focused on coordinating asbestos issues nationally is essentially to turning
the tide on this scourge.