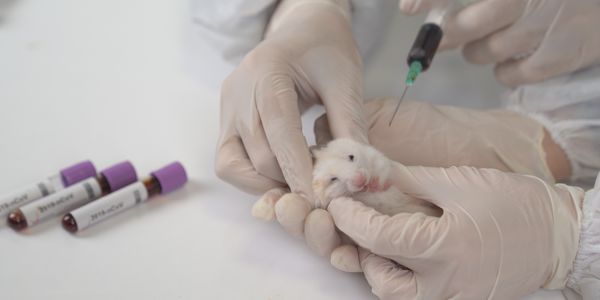 We need alternatives to cruel animal testing. Let's pass the Humane Research and Testing Act of 2021!

The Humane Research & Testing Act, developed and promoted by Citizens for Alternative to Animal Research and Experimentation (CAARE), will be the first of its kind dedicated to funding, incentivizing and training scientists on the use of non-animal alternatives.

The bill has been reintroduced in Congress by the late Representative Alcee Hastings (D-FL) and Representative Vern Buchanan (R-FL). If passed into law, the bill (H.R. 1744) will establish the National Center for Alternatives to Animals in Research under the National Institutes of Health (NIH). But the bill needs more cosponsors, if you live in the U.S., please call your reps and tell them to become a co-sponsor. You can find the phone number and a script here, it will only take about 3 minutes!

Your help is needed to ask Congress to pass this vital bill -- sign the petition today!

On Wednesday March 10th, CAARE hosted a congressional hearing: "21st Century Innovations in Alternatives to Animals in Biomedical Research" in support of the bill. The keynote speaker, Jane Goodall, DBE, Founder, the Jane Goodall Institute & UN Messenger of Peace, spoke of her experience witnessing the extreme suffering of animals confined for experiments.

Said Dr. Goodall: "It was in 1985 that I first saw with my own eyes the cruel, inhumane, and sterile conditions in which thousands of sentient animals are kept for use in medical research. On moral and ethical grounds, I found this shocking and unacceptable."

"Despite an abundance of exciting breakthroughs in science and technology for the replacement of animal models, and a number of laws and policies that encourage the reduction of the number of animals used in experiments, we have unfortunately not seen enough progress in this area. Creating a dedicated center under the NIH devoted to providing scientists with the funding and training to replace animals would, without doubt, lead to major change."

The bill has strong support from scientists, industry and the humane community including Vanda Pharmaceuticals, Emulate Inc. and Harvard's Wyss Institute, one of the leaders in developing organs-on-chips.

With untold millions of animals cruelly killed in experiments at a time when biotechnology and medicine are exploding with new innovations, it is imperative that human-relevant research methods are prioritized. The Humane Research & Testing Act will reinvigorate the NIH's mandate to reduce animal testing and give it the tools and structure needed to modernize science and end incalculable animal suffering.

Sign the petition and ask Congress to pass this bill without delay!