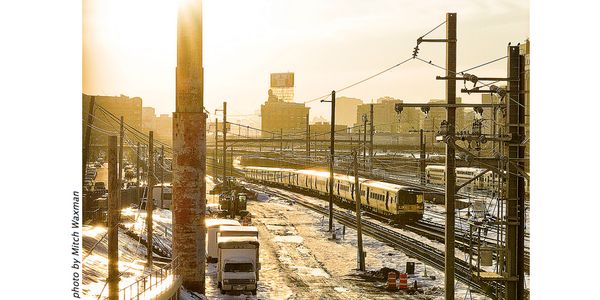 PLEASE DO NOT BUILD OVER THE SUNNYSIDE YARDS

(We are also collecting actual signatures and have over 250 in that form additionally. If you would like to sign a physical petition, please email sunnysideyardsnobuild@gmai.com.)

On February 3 2015, our mayor, in his official address to the city, announced plans which will displace our mom & pops, massively strain and overpopulate our infrastructure, and ignores the needs of Western Queens without discussion. (His exact remarks are below.)

The mayor mentions 'it taking a village,' mentioning parnering with Amtrak and the MTA, but not talking to people who live in the actual village. He makes this enormous change of our current lives part of his vision of the future. What about 350,000 currrent residents?

Mayor, please do not use affordable housing as a Trojan Horse for developers. Please ask the people of the city where development is needed and wanted, not the place where developers will make the most money.

Here in Western Queens, we need parks, transit, sewers, schools. Do not impose a vision which benefits only big real estate interests who live elsewhere. Rezoning has not helped us and we are already losing professionals and stores. And to now develop the Yards will make Queens an extension of Manhattan, without the benefits of Manhattan.

Don't sit down only with billionaire visionaries and real estate people and ask their opinion. If you are going to go into $150 billion into debt (based on costs of Hudson Yards of 20 billion for 26 acres), ask all of NYC our opinion. How about a giant park with a new trolley line, which would benefit all income levels? How about taking take a quarter the money and build the 11,200 affordable unit in pleasant little buildings all over the city, in vacant lots?

We are not funded by any party, political group, or special interest, and we are not against any party, candidate, incumbent, or people trying to make a living. But building over the Yards has zero benefit for Queens, just harm, and is being proposed without our consent.

"...And here’s one that will be a game-changer when it comes to keeping our city affordable for thousands of New York families: Sunnyside Yards.
Right now, there are 200 acres of land in the heart of Queens, land that exists in the form of a rail yard – and only a rail yard. But the fact is, those tracks could easily exist underground – allowing us to build housing – much of it affordable — above them.
At Sunnyside Yards, we envision a plan that incorporates what diverse and dynamic neighborhoods need — access to transportation, parks, schools, retail stores, and job opportunities.
Now 200 acres is a lot of land. We know some parts of this site can easily handle larger buildings… and others can’t. So we’ll work closely with elected officials and community leaders to determine what makes sense.
Our approach is not entirely novel. Developments that prioritize affordability and livability HAVE been built before — from Starrett City to Co-Op City to Stuy Town, to the Big 6 towers in Woodside, Queens.
And these developments created affordability on a grand scale.
Stuy Town, when it opened in 1947 provided our city with 11,250 affordable apartments… a community where trees and parks, and shops dotted a landscape from which residents could actually see the sky.
We’re bringing that same kind of scale — and a real sense of urgency — to Sunnyside Yards…and setting the same exact goal of 11,250 affordable units, as part of a neighborhood that anyone would be proud to call home.
And in contrast to the recent history of Stuy Town, we’re going to make sure that affordable housing at Sunnyside Yards stays that way.
To paraphrase one of my former employers, it takes a village to build a neighborhood. So we look forward to partnering with Amtrak and the MTA in this extraordinary effort at Sunnyside Yards..." - Mayor Bill DeBlasio

Please do not build over Sunnyside yards.

Sunnyside and Long Island City's infrastructure cannot support what we have now.

The subways are overcrowded and our school district is one of the most overcrowded in New York City. There are already 5,000-10,000 units coming to LIC/Sunnyside as it is – and residents don't know how the area will be able to absorb these incoming residents. Therefore, the idea of building over the yards - bringing more residents and commercial tenants – will be an extreme burden on all of us.

However, the biggest concern of all is that we residents seem be shut out of the process and an inner circle seems to be making all these decisions.

In Western Queens, we have for far too long been Manhattan's "spare room," whether it be for airports, power plants and city byways – moving non-residents to and fro at no benefit to us.

Anything other than a 200-acre park for our already exploding population of children, a grass "campus" for LaGuardia College, is a disservice to all the residents.

If you would please ASK the people of the city where revitalization is needed and wanted, and not impose a vision which effectively takes away our mom & pops, quiet, air quality, livelihoods, and is against our wishes in the majority to create housing for people in the future, and makes untold millions of dollars for those who will not suffer.

Care2
PLEASE DO NOT BUILD OVER THE SUNNYSIDE YARDS
SHARETWEET