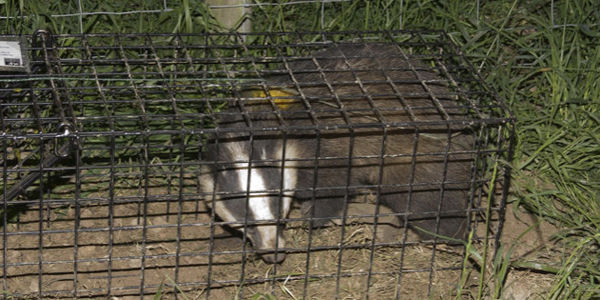 Devon County Council: Take A Stand Against the Badger Cull in Devon!

Hello 👋,
We oppose the horrific animal cruelty involved in the dog meat trades of China and South Korea, the seal hunt of Canada, the dolphin hunt in Taji, Japan, and the Grindadrap in the Faroe Islands (and rightly so!). Yet, there is another horrific animal massacre happening right here, on our doorstep, in the UK; the badger cull.
Despite scientific evidence saying that the badger "cull" does not decrease the prevalence of bTB, thousands of innocent badgers are being massacred in the interests of dairy farmers. Dairy farmers, being very selfish and greedy, are causing thousands of badgers, a native, important and beloved animal of the UK, to be needlessly shot to death. Some of these badgers may get injured, but not killed outright. Some may have dependent cubs who could starve or get killed after their parents are killed callously by badger "cullers".
Badgers have just as much right to live as we do! They were here first! They are a native species, and dairy farmers aren't. As such, their interests should be valued at least as equal to the dairy farmers, and their right to live should come before the dairy farmers' rights to make money. Life is more important than money, and the life of a native animal, our largest surviving native predator, should be worth more than money.
Besides, there is, apparently, now a vaccine for bTB. Badger "culling" (genocide) is probably not going to stop bTB. Some scientists would agree with me. This badger genocide is pointless, cruel, unnecessary and very unjust!
We DEMAND that Devon County Council take a stand against the horrid massacre of badgers, in Devon and elsewhere!!!

Please contact Devon County Council to kindly urge them to take a stand against this animal cruelty. Here is an email address: customer@devon.gov.uk

Thank you 😊 from me and (though they don't know and are unable to voice their POV) the badgers. Have the most wonderful day and night ever!