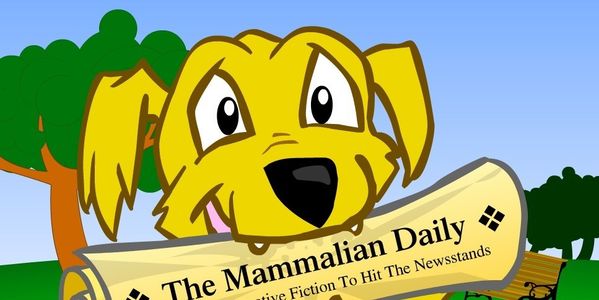 Right now, we find ourselves in a curious position. The Mammalian Daily's owners and staff are what our Mayor Rob Ford would call "taxpayers." And, as such, we feel we have a double duty to address the controversy surrounding this political figure. We believe that of all media, we understand the mayor best and, as such, we should be the ones to sit down with Mayor Rob Ford and ask the hard questions.

So, in reverse order, we present herewith our top ten reasons that Toronto Mayor Rob Ford should agree to an interview with The Mammalian Daily:

9. The citizens in our fictional world regularly relieve themselves outdoors.

8. A large number of our citizens find sniffing essential to their survival.

7. We understand more than most that it's a dog-eat-dog world.

6. More often than not, our citizens keep company with those who stink.

5. Our Toro Talk Radio station's slogan is: "All Bull. All the Time."

4. Many of our citizens suffer from addictions to catnip and milk and have been seen rolling out of the milk bars, purring and licking anything in sight.

3. Snorting is a way of life for a great many in our world.

2. Many of our citizens and some in our government are buffoons (aka toads) but we love them, warts and all.

1. We have pussies galore.

Sign now to support our effort to get Toronto Mayor Rob Ford to agree to an interview with The Mammalian Daily!