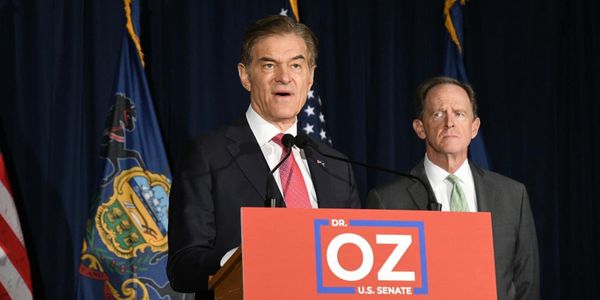 Dr. Oz's Torturous Animal Experiments Resulted in the Death of Over 300 Dogs

Mehmet Oz is known for his role on The Dr. Oz Show, where he spent the last decade spouting dangerous and baseless medical claims (often using them to sell products with farfetched promises of miraculous results). Now, it turns out he spent the years between 1989 and 2010 torturing dogs, rabbits, baby cows, and more in horrendous experiments. In a review of 75 studies published by Dr. Oz at Columbia University, Jezebel discovered the Republican Senate candidate's research "killed over 300 dogs and inflicted significant suffering on them and the other animals used in experiments."

It is clear from his history of misinformation and animal abuse that Dr. Oz is unfit to run for Senate. Sign the petition to demand he end his campaign!

In the 2000s, a veterinarian who worked with Dr. Oz blew the lid off the nightmare experiments, citing "extensive suffering inflicted on his team's canine test subjects, including multiple violations of the Animal Welfare Act." According to the whistleblower, a dog that Oz's team experimented on suffered from vomiting, paralysis, and kidney failure – but wasn't euthanized until two days later. In another study that Oz led, the team took a litter of puppies and injected expired drugs directly into their hearts without any sedation. "Upon being killed, the puppies were allegedly left in a garbage bag with living puppies who were their littermates." The horrors go on.

While Dr. Oz is running as a Republican for Pennsylvania's open Senate seat, it's clear from his extensive history of touting harmful medical misinformation and animal abuse, that he has no place in the Senate. Sign the petition to demand Dr. Oz ends his campaign for Senate!