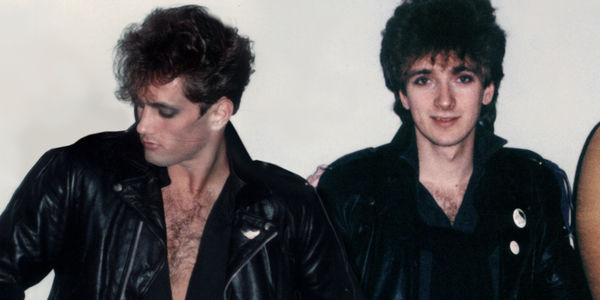 The Shelby County Historic Commission unveiled a sign at the former site of Antenna, 1588 Madison Avenue in Saturday, Oct 5, 2019. Many people have contacted me since that moment to express their disappointment that the text for the sign contains several misleading inaccuracies, including:

* a story about naming the club after rabbit ear tv antenna

* no mention of original founder Jimmy Barker, from whom Steve McGehee took over the club

Antenna's true origin has been well documented in a series of articles in the Commercial Appeal, The Memphis Flyer and others, as well as in two award winning movies, both directed by Memphian C. Scott McCoy, and both have played at the Malco On The Square:

The accurate version of Antenna's founding events are as follows:

* Jimmy Barker had the idea to create a music video venue in Memphis after visiting the Mudd Club in New York City in late 1980. Accompanying him was his then girlfriend, the late Melody Danielson.

* Mr. Barker created the name for the club after seeing an ad in New Music Express for a London hair salon called Antenna.

* Mr. Barker hired David Fisher, then a student at the Memphis Art Academy, and Mr. Barker's roommate, to design the Antenna logo.

* Mr. Barker initiated a contract to license music videos for broadcast at the club and events fom New York based RockAmerca.

* Mr. Barker, along with partner Phillip Stratton, negotiated to takeover the existing lease for The Well, at 1588 Madison.

* Mssrs. Barker and Stratton opened the Antenna at the Madison Ave location in March 1981.

* Mr. Barker booked the first national and International acts into the club in the following months, including:

* The Brides of Funkenstein (USA)

* Mr. McGehee was invited by Mr. Stratton to lock Mr. Barker out of the club in June 1981 after a falling out over Barker's proposal to move the club to a larger location. The Historic Marker erroneously cites this as the date the club opened.

The reality is that Mr. Barker created the Antenna brand eight months prior to Mr. McGehee's involvement. While Mr. McGehee's tireless dedication to the Antenna led to the creation of the club's true legacy, for the Historic Marker to credit Mr. McGehee as the club's founder is inaccurate and misleading.

We demand that the parties responsible for the creation of this marker modify the text to accurately reflect the true founder, brand creation story, and significant dates so that future generations know the whole story.