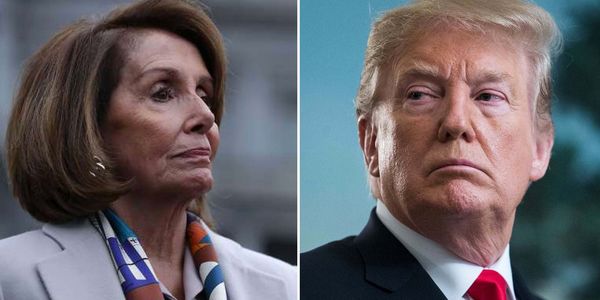 The Mueller report is now complete. While the President and his cronies claim total exoneration, in truth, no single document has painted so damning a portrait of a president in U.S. history.

Ten instances of obstruction of justice by Donald Trump himself. More than 100 contacts between the Trump campaign and Russian operatives who were known to be interfering with our election on Trump's behalf. And all this despite pages of redactions due to ongoing investigations into possible criminal activity.

While Trump supporters argue that a lack of prosecution proves the president's innocence, more than 900 former federal prosecutors signed a letter explaining that "the conduct of President Trump described in Special Counsel Robert Mueller's reportwould, in the case of any other person [besides] a sitting President, result in multiple felony charges for obstruction of justice."

The sentiment echoed Mueller's own words in the report, which all but encouraged Congress to launch an impeachment inquiry. "The conclusion that Congress may apply obstruction laws to the President's corrupt exercise of the powers of office accords with our constitutional system of checks and balances and the principle that no person is above the law," the report read.

Trump's response to the mounds of evidence against him and invitation to impeach has been to flout the law and Congressional oversight more brazenly than ever. Trump associates have refused to cooperate and defied subpoenas at the president's direction, and the Treasury has refused to turn over his tax returns despite a clear legal obligation to do so.

Speaker Pelosi had previously said that she would not consider impeachment if it was only a partisan issue. Now, the first Republican, Representative Justin Amash (R-MI), has broken ranks to support impeachment. It is time.

There are simply no good alternatives remaining, and nothing less than rule of law, separation of powers, and American democracy is at stake.

Add your name to tell the House of Representatives that the time to launch impeachment proceedings is now. Impeach President Donald Trump!