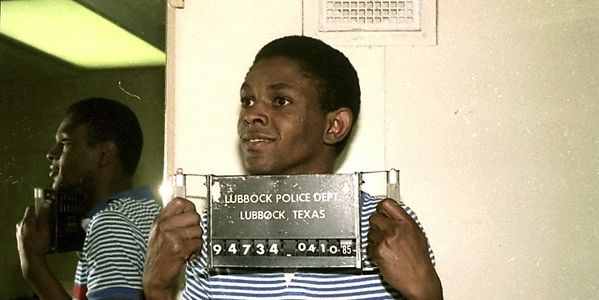 Click the petition link just above to see the full details of Tim's tragic story.

On the day before his trial began, Tim was offered a plea bargain if he would only admit guilt. He refused, because he knew that he was innocent. Later, his parole board offered to release him--but he refused, because he did not want to admit to a crime he did not commit. Furthermore, he said that he would rather spend his entire life behind bars rather than see his name on a sex offenders list and then have to constantly look over his shoulder.

Texas Tech University has refused in the past to grant a posthumous honorary degree to Tim Cole. The following paragraphs outline their reasons why—and then, we provide the justification as to why they should.

In a letter to Fred B. McKinley, the petition sponsor, dated September 01, 2011, Mr. Ben Lock, Executive Assistant to the Chancellor & Secretary of the Board of Regents, wrote, "The posthumous award of a degree is done only in cases where a student had completed most of the coursework required for the degree but passed before completing the remaining few courses needed to graduate.” He continued, "That was not the case with Mr. Cole."

We, the petitioners, argue that soon after Tim Cole’s arrest on April 10, 1985, Texas Tech University asked both Mr. Cole, who held a sophomore standing at the time, and his brother, Reginald Kennard, who was also enrolled at that juncture, to leave the University. Therefore, due to the combined actions of the Lubbock Police Department and Texas Tech University, Tim Cole, through no fault of his own, was unable to complete the necessary coursework outlined in Mr. Lock's letter dated September 01, 2011.

Furthermore, according to Mr. Lock, “There is a process and a set of standards and criteria set out in Board policies” for the granting of a degree—with “the clear emphasis  . . . on distinguished and outstanding achievements by the honorary degree candidate. A candidate for an honorary degree must be evaluated on that person’s scholarly, creative, professional, service or occupational achievements.”

The current set of Texas Tech University’s Regents' Rules, Chapter 12 – Honorifics and Seals, approved and amended on August 09, 2013, includes a section that specifically pertains to honorary degrees, which is covered under Section 12.04 (12.04.1), bottom of page 2, ending on page 5 (12.04.10). We, the petitioners, argue that nothing contained therein mentions any requirement that in order for a former student to be considered, he/she must have completed a majority of the coursework toward an intended degree.

We, the petitioners, argue that both during his short life of freedom, and long after his death, Tim Cole’s service to the criminal justice system as a whole, to the State of Texas, and the entire nation is so immense and critically important that it most assuredly fulfills all of the required criteria used by Texas Tech University and the Regents' Rules to bestow honorary degrees, and specifically to Timothy Brian Cole.

Listed below are several unique accomplishments:

In summary, it is now up to Texas Tech University to do the right thing, as did Judge Charles Baird of the 299th District Court of Texas, the Texas Legislature, Attorney General Greg Abbott, Governor Rick Perry, various entities of law enforcement, the Texas Historical Commission, Mount Olivet Cemetery, and the City of Lubbock.