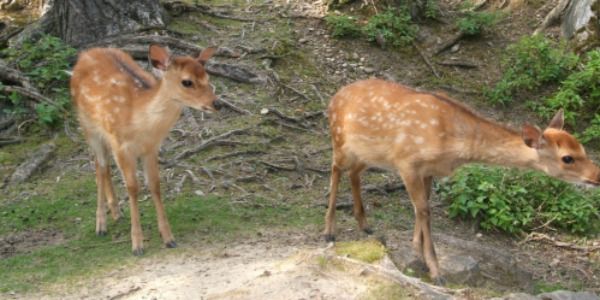 Langenberg Wildlife Park, a zoo in Langnau am Albis in Switzerland, has been selling meat from its own animals -- from deer and boar -- in its restaurant.

Tell Langenberg Wildlife Park, stop serving "surplus" animals in its restaurant. The zoo must stop killing healthy animals and, if it has no use for them, find other places (a wildlife refuge, for instance) for them to live.

Every year, about 100 animals are born at the zoo. Due to what are said to be "space restrictions," the zoo says it cannot keep all of them. If the zoo is unable to place the animals elsewhere, they are killed and served to diners in the zoo's own restaurant.

Zoo spokesperson Martin Kilchenmann says that "recycling" zoo animals for human consumption is "very ecological" and shows visitors the "natural cycle." As he notes, since 2012, 49 deer and 10 wild boar have been shot, killed and served in the restaurant.

The "price of success" for captive breeding programs is, all too often, an excess of animals that zoos then find themselves struggling to provide adequate space and other resources for. But allowing zoos to breed animals without considering the lifetime care and needs of the offspring produced is unethical and irresponsible.

Langenberg Wildlife Park's "recycling" of its own animals to serve as fare to diners in its restaurants is, it cannot be overemphasized, disturbing and inhumane. If the zoo is continue with its captive breeding program, it must develop and follow responsible guidelines that take the full lifespan of the offspring into account.

Tell Langenberg Wildlife Park to stop selling meat from its own animals and to stop killing healthy animals!