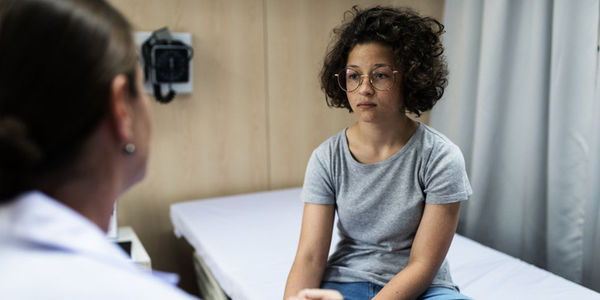 So-called "virginity testing" is an antiquated and horrific procedure still done around the world. Recently, the shameful practice has grabbed headlines because rapper TI said that he accompanies his daughter to the doctor to get her virginity tests. Not only is it impossible to test for virginity, it's also extremely abusive. No doctor should be allowed to perform this completely unnecessary and invasive "test".

Will you sign the petition calling on American medical licensing boards to make performing these tests grounds for losing a medical license to practice?

This "test" has to do with evaluating the hymen, which is a piece of flesh that many people with vaginas have near the entrance to the vaginal canal. However, not all people with vaginas even have one and for those that do, they are shaped in many different ways. Virginity testing is when a medical professional uses fingers or a speculum to inspect the vaginal canal to evaluate whether it has been penetrated by seeing if the hymen has been stretched or broken. The theory being if the hymen is stretched or broken or not there, a penis must have entered the vagina. The problem is that even for vagina owners who have hymens, those hymens can be broken and stretched in a number of ways: riding a bike or horse, running, jumping, using a tampon and self penetration with fingers. This is all to say: the shape or existence of the hymen tells us nothing about whether a penis has entered a vagina making the practice useless at its intended goal.

Further,  there is no medical purpose for this practice. It's purely done to determine a person's moral standing, which, according to those who do this, is linked to whether anything has entered a vagina. The actual health and medical things related to intercourse like STIs and pregnancy don't require any knowledge of the hymen at all. This  means, any medical professional who performs this procedure is doing an unscientific, unnecessary and ultimately abusive thing to a vulnerable person.

No person should be forced to undergo such an invasive test and people who've had them report feeling violated, ashamed and confused. Some even describe the experience as rape because usually, they have not asked for this test themselves meaning they are coerced into an unnecessary, potentially painful and ultimately disgusting abuse.

That's why we are calling on medical licensing boards to make it a licensing issue. If a doctor agrees to perform this "test", they are acting outside the scope of their medical practice and should lose their license for assault.