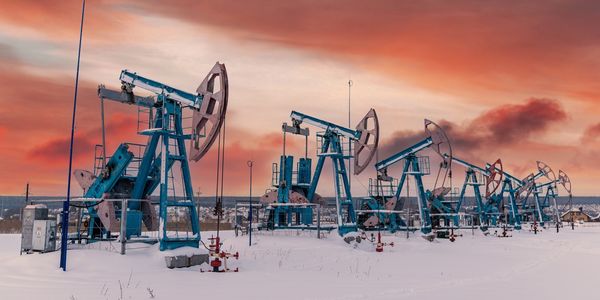 Dependence on Russian Oil and Natural Gas is Preventing Countries From Taking a Stand Against Its Invasion of Ukraine!

As the Russia-Ukraine conflict continues, Europe faces a dilemma. While the overwhelming majority of European leaders want to distance themselves from the human-rights abusing Putin, whose imperialism towards Ukraine is sending the country into violent conflict, energy policy is complicating the issue. Yes, you read that right: massive swaths of the European continent are dependent on Russia for oil and gas, and this is preventing nations from drawing a firm line against the Russian dictator. This is just one of many reasons why both the European Union and the United States must dramatically expand their renewable energy now.

Sign now to demand the United States and European Union heavily invest in wind and solar to increase energy independence and national security!

Germany is heavily dependent on Russian suppliers for energy, sourcing as much as two-thirds of all of its natural gas from the country. And Germany is not alone -- Italy, Poland, Austria, and Slovakia are just a few of the many other nations who source large percentages of total energy from the country. This puts legislators in a position to have to choose between two terrible options: take action against Putin and potentially lose power for huge swaths of their populations, or refuse to take a stand against tyranny and keep energy access.

One of the many benefits of expanding renewable energy is that geography is less of an obstacle to wind or solar energy than it is to natural gas, oil, and coal. If there are no natural gas reserves in a place, you simply cannot extract anything from that location. But that is not the case for wind and solar -- in fact, every single country in the European Union and the entire United States could dramatically expand wind and solar tomorrow without the constraints of fossil fuels.

In addition to being crucial for national security and the defense of democracy worldwide, expanding domestic renewables can help thwart a sixth mass extinction event and a looming climate crisis that has the potential to turn millions of people into refugees. Massive transitions towards green energy are long overdue, and the atrocities we are witnessing in Ukraine are just one more example of that.

We must put pressure on leaders in the United States and European Union to reduce their reliance on fossil fuels and expand renewable energy today! Sign the petition now if you agree!

Care2
Dependence on Russian Oil and Natural Gas is Preventing Countries From Taking a Stand Against Its Invasion of Ukraine!
SHARETWEET