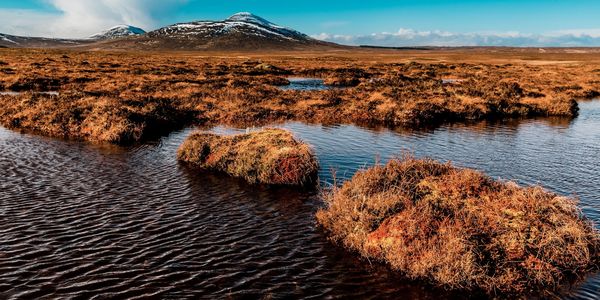 Scotland is home to a beautiful, often overlooked ecosystem of peatlands in its Highlands. These peatlands function as one of the world's most impressive carbon sinks, sequestering as much carbon dioxide as the Amazon Rainforest. Yet this vital landscape has been shrinking for almost a century.

Sign now to tell the Scottish government: the peatlands are invaluable and must be formally protected!

Much like the rainforest, if not properly protected, peatlands can erode, oxidize, and end up emitting carbon dioxide rather than capturing it. We know that the clock is ticking to capture the existing carbon in the atmosphere, and that failing to act can result in what the UN has called a climate apartheid. As nations debate over developing carbon capture technologies, we must not forget that nature has given us a precious gift: an ecosystem that is able to capture carbon all on its own.

Scotland's peatlands are not only essential for carbon sequestration. They're also a vital habitat to many species whose numbers have dwindled in recent decades due to habitat loss. Yet peatlands don't always attract the environmental protection that they deserve. These wetlands are boggy, made up largely of decomposed foliage and trees. In part because they are less accessible for farming, building, and recreation than other landscapes, Scotland has been draining them for years. But some groups are leading the way towards change.

The Scottish Rewilding Alliance (SRA) has been working with private landowners and other environmental organizations to protect Scotland's vital ecosystems. So far, these efforts have made tremendous impact. Yet individual landowners can only do so much. The Scottish government must heed the warnings of the Intergovernmental Panel on Climate Change and take action now to formally protect its precious peatlands.

Tell the Scottish government: Scotland's peatlands are invaluable and must be protected to ensure a habitable planet!