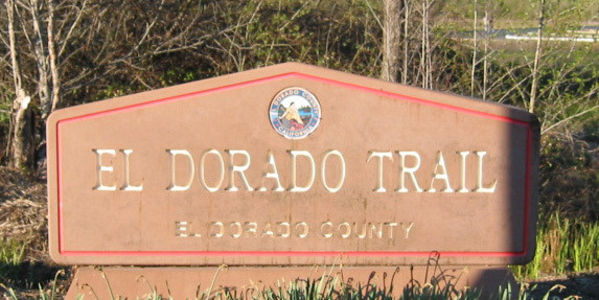 It’s time to speak up on behalf of a unique opportunity that will increase economic security and the wellbeing of citizens in our county!

We can connect into an extensive regional network of trails by building the only Class 1 (paved) trail to provide safe access into the foothills.  Adding to the El Dorado paved trail while maintaining our existing dirt trail will allow us to attract more businesses, jobs, and tourists to our communities.

We, the residents of El Dorado County (EDC,) and surrounding supporters respectfully request that the EDC Board of Supervisors (BOS) make it a priority to create the El Dorado Class 1 Trail to the county line, while maintaining the existing dirt trail, in the most cost effective manner to taxpayers. We want this for the reasons of resident’s health, safe pathways, non-motorized transportation, economic benefits, and regional connections.

We acknowledge the compromise that was reached in 2011 and approved by the EDC BOS, which allows for excursion train use on the 8 miles from Shingle Springs to Diamond Springs. It provides a place for both trails and trains to move forward.  We ask that the current EDC BOS honor this agreement.

Furthermore, we request the BOS guarantee the success of both our local train and trails by denying the Folsom Train access to EDC at the county line. The Folsom train running into El Dorado County from Folsom benefits Folsom mainly and threatens both our museum excursion train program and development of our trails:

El Dorado County NEEDS economic security! It’s time to build a future for our residents, by creating a county that will attract businesses that offer higher paying jobs than retail (where do you envision your children working in EDC?), creating a network of healthy trails for travel and recreation, and by connecting into an extensive regional network of trails that will bring the bicycle boom of tourists “wallets on wheels,” to our communities.  El Dorado County has a unique opportunity to build the only class 1 trail providing safe access into the foothills.