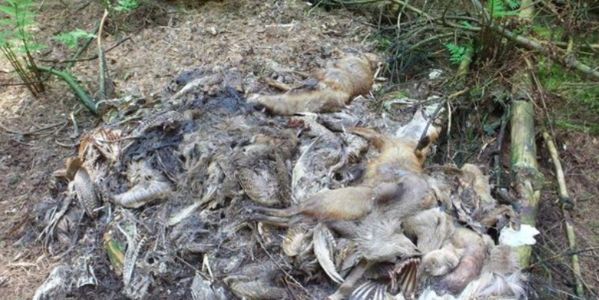 He Had a Kill List With Thousands of Animals On It

Alan Wilson is a 61-year-old former game keeper in Scotland. He's also an animal serial killer with no remorse. Wilson made a "kill-list" of thousands of animals that he brutally murdered. Yet, somehow, he will not serve one single day in jail for his crimes against animals.

Sign the petition if you think Alan Wilson must be held accountable for his crimes.

The list including cats, hedgehogs, foxes, goshawks, buzzards and stoats. He would murder them and then place them in a "stink pit" to rot where they would attract more animals which would then also be killed. He was committed to kill just about anything that moved, showing a horrifying lack of respect and care for a life.

When he was caught, he was also found to be in possession of a banned pesticide that is dangerous to animals and humans. As we know, animal abuse often turns into or accompanies human abuse. This is just another reason that someone this careless about life should not be allowed to roam free among people and animals.

Even worse? Authorities suspect his kill-list is not even a full account of all the animals he has mercilessly killed. Many of the animals he killed were even legally protected species and he set illegal traps as well. He has been charged with animal cruelty and will have to do a lot of community service.

But that kind of punishment won't keep him from killing more animals like an actual prison sentence would. That's why we are joining activist in Scotland in calling for a prison sentence for Alan Wilson. Will you join us?

{Photo from the Daily Record}