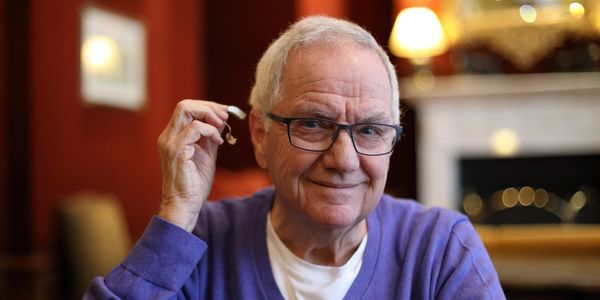 Hearing Aids are a Human Right!

Recently, the F.D.A. announced an exciting plan to establish a new category of over-the-counter (OTC) hearing aids. This would dramatically improve access to, and reduce the cost of, hearing aid technology for millions of people living in the United States!

As of right now, Americans who are hard of hearing must go to a medical examination to get a hearing aid, and are often required to get fitted by an audiologist. These appointments can be both time consuming and expensive, especially for uninsured and low-income people. Even those with insurance can pay as much as $250 for an ear exam out of pocket in the United States. Beyond the exhausting process and cost of pre-examination, current hearing aids are expensive -- a pair could set one back roughly $5,000!  We know that nearly half of Americans can't afford any unplanned expense of $400 -- how many Americans do not seek out ear care because it is so expensive, and resign themselves to lives of difficulty or silence?

With this new proposed rule, adults with "mild to moderate hearing impairments" could go to the store or shop online, no prescription or doctor's appointment needed, and be able to hear again. While this rule only applies to eligible folks and not the entire spectrum of the hearing impaired community, it would still cover many people and free up resources for those with more serious cases.

As many as 15% of American adults -- 37.5 million -- report at least some trouble hearing. Yet less than 1 in 5 people who would benefit from using a hearing aid actually utilize them. Hearing loss is extremely common in part because it is caused by things that millions of Americans currently experience, including loud noises, underlying conditions, and aging.

The proposed rule is just that -- proposed, but not yet fully enacted in the Over-the-Counter Hearing Aid Act. Sign now to tell the F.D.A. that you support increasing the access of vital, life-changing hearing aids!