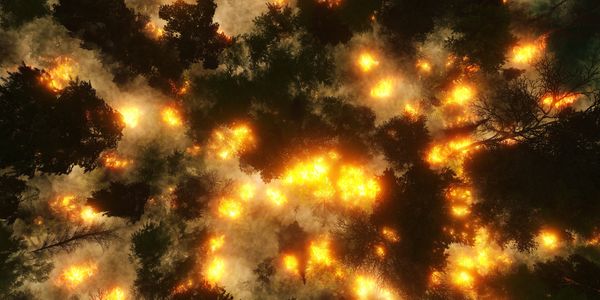 The fires blazing in Brazil in the Amazon rainforest this year are beyond anything we've ever seen before.

The worst part? These fires aren't even natural -- people set them to clear land for cattle grazing or farming to produce the food that you and I eat, and then they get out of control. But we need the Amazon rainforest, which is frequently called the earth's lungs. Now not only is this critical rainforest getting burned to the ground, but the air quality has also dropped so low that people are getting sick and dying from it!

Just south of the Amazon, fires are also sweeping through the Pantanal, which is the world's largest wetland and home to more than 4,700 species of plants and animals. As one news report describes, "A fire has been burning since mid-July in the remote wetlands of west-central Brazil, leaving in its wake a vast charred desolation bigger than New York City."

A recent report by Human Rights Watch, the Institute for Health Policy Studies, and Amazon Environmental Research Institute shows just how bad the air has gotten. The report found that there are thousands of air quality related hospitalizations in Brazil because of these fires. That's right -- in the middle of a global respiratory pandemic, Brazilians' lungs are also under threat from the literal air they breathe.

The report explains that President Jair Bolsonaro, his administration, and their failure to do anything is directly at fault for all of this sickness and death. The people most at risk are those who are already vulnerable: the young, the old, the pregnant, and those with underlying heart and lung disease. Brazil is already suffering one of the world outbreaks of COVID-19 worldwide due to their government's sorry excuse for leadership, and now their healthcare system is going to be stretched even thinner!

While the immediate air quality primarily affects the people who live there,  the Amazon rainforest burning down will affect us all! We can't afford to lose this rainforest if we have any hope of keeping our planet healthy enough to be habitable into the future. This year is already on track to have record breaking fires. If we don't act now, it will be too late.

Sign the petition if you want the Brazilian Government to finally step in and stop this massive, greenhouse gas-emitting deforestation!