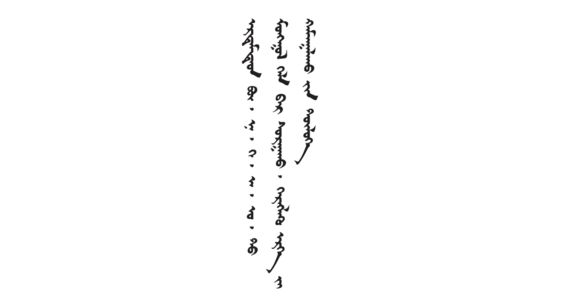 Duration of petition: 16-23 September 2020 (we are now in the process of contacting the representatives of the below-listed organisations but you can continue signing and sharing the petition)

Once complete sent to:

We are scholars of various nationalities and countries of residence who are alarmed by the recent developments in the Inner Mongolian Autonomous Region and Mongolian autonomous districts of the People's Republic of China (PRC). We call for immediate action, reversal and mitigation of the harm caused by the events surrounding the degradation of the rights to learn and use Mongolian language throughout the PRC. Mongols are one of the minority groups in the PRC with a population of around 6 million.

The limited reports from the region outline the following developments (the citation does not mean political support of the media or other channels that put the following information out):

In August 2020 it was reported that the only Mongolian-language social media application available in the PRC, Bainuu, was disconnected from use by authorities (cna 2020, MCJ 2020).

In the beginning of the school year the authorities enforced a new curriculum as part of which 'Mandarin must be taught from first grade – one year earlier than before – across the region's bilingual boarding schools' and 'history, politics and literature will also be taught in Mandarin now instead of Mongolian' (cna 2020, see also BBC 2020), using the same textbooks implemented in the Tibet and Xinjiang Uyghur Autonomous Regions in 2017 and 2018 and where Tibetan- and Uyghur-medium education have already been eliminated (MCJ 2020).

Those participating in protests and showing non-confirmation to the new curriculum have been subject to intimidation, persecution and arrest (AP 2020, FT 2020, LA Times 2020, RFA 2020). Meanwhile posts that speak out about the issue on social media, such as ones on the platform Weibo, have been removed (BBC 2020). By mid-September 'between 4,000 and 5,000 ethnic Mongolians – who include prominent dissidents, writers, herders, protesting parents, and online activists – have been subjected to "arbitrary arrest, extrajudicial detention, forced disappearance, and house arrest" since the crackdown began', according to the estimates of the SMHRIC (RFA 2020). The Beijing Bureau Chief of The Los Angeles Times reported from Hohhot that 'wanted lists' using images apparently from surveillance cameras had been issued, and that many people had been arrested and will be subject to lifelong targeted surveillance. The reporter herself was also detained and forced to leave the region (LA Times 2020, AP 2020).

Several suicides in the protest of these developments have been reported across the Inner Mongolian Autonomous Region (SMHRIC 2020).

We ask all parties that signed the Universal Human Rights Declaration (1948) and are represented in the UN General Assembly that adopted the United Nations Declaration on Minorities (1992) to secure and support adherence to these measures. Concerning the current situation in Mongolian autonomous districts of the PRC, we particularly draw attention to the following articles:

The Universal Declaration of Human Rights Article 19 stating that: 'Everyone has the right to freedom of opinion and expression; this right includes freedom to hold opinions without interference and to seek, receive and impart information and ideas through any media and regardless of frontiers.'

The Universal Declaration of Human Rights Article 26.3. stating that the 'parents have a prior right to choose the kind of education that shall be given to their children.'

The UN Declaration on Minorities Article 2.1 stating that: 'Persons belonging to national or ethnic, religious and linguistic minorities (hereinafter referred to as persons belonging to minorities) have the right to enjoy their own culture, to profess and practise their own religion, and to use their own language, in private and in public, freely and without interference or any form of discrimination.'

The UN Declaration on Minorities Article 4.2 stating that: 'States shall take measures to create favourable conditions to enable persons belonging to minorities to express their characteristics and to develop their culture, language, religion, traditions and customs, except where specific practices are in violation of national law and contrary to international standards.'

The UN Declaration on Minorities Article 4.4 stating that: 'States should, where appropriate, take measures in the field of education, in order to encourage knowledge of the history, traditions, language and culture of the minorities existing within their territory. Persons belonging to minorities should have adequate opportunities to gain knowledge of the society as a whole.'

We call for the immediate retraction of all forms of violence or force used on individuals, families and institutions peacefully protesting to keep their or their children's right for the use of and education in their native Mongolian language.

We call for the reversal of the recent changes to the curriculum taught in the Inner Mongolian Autonomous Region and other autonomous Mongolian districts across the PRC.

Please email this call for action to your country representative in the PRC or the region. You are free refer to this petition, to use the text of this petition in your address and state the number of signees since the opening of this petition.