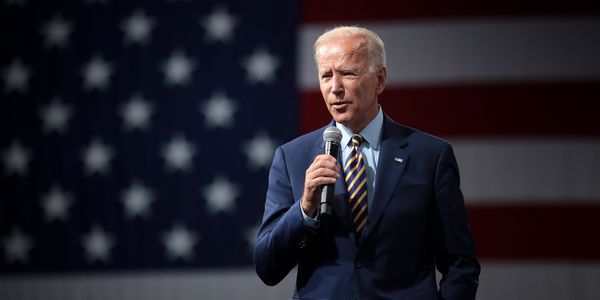 Biden will only raise taxes for people making more than $400,000 a year

After Trump's administration failed to accept and attack head-on the impending viral spread during the first and second waves of COVID-10, over 225,000 Americans died. Millions more have been hospitalized or left disabled, and it is unclear how many more will fall ill before a vaccine is created.

But on top of all that, Trump's actions led directly to the worst economic crisis since the Great Depression. Millions are out of work, have yet to see a relief package since the measly $1200 in April, and our president is spending more time getting reelected than preparing for the third wave of viral spread that has already begun. And if he does get reelected, we can be sure that his focus will be on tax cuts for the uber rich, like himself, and vague promises to lower and middle income folks that will never come to fruition -- after all, that's what the past four years have all been about.

Sign the petition if you want to see Joe Biden in the White House, especially since his tax plan would hold the 1% accountable while offering real support and stimulus for the working class!

Joe Biden's tax plan is simple -- only raise taxes on those who make over $400,000. And even then, the raise in taxes would just be a return to the original tax rate for that income bracket -- a rate that Trump lowered for his buddies at the top in 2018.

Trump's tax plan is totally unclear -- he continues to make empty promises about taxes, but he almost never actually follows through on any of his promises. All we can learn from is experience: under his leadership, the U.S. reacted to the COVID-19 pandemic far too late and our country's economy suffered. We cannot allow Trump to have control while a third wave quickly approaches.

While work does not equal value or worth -- all humans deserve food, shelter, water, and safety, regardless of their ability to work -- it is clearly what should be supported. Those who have exorbitant wealth can support themselves without a tax break. For lower and middle income folks, taxes can make or break a person's financial situation.

U.S. Bureau of Labor Statistics (BLS) reported that the average American yearly income was $48,672. But this number itself is even deceiving, since it is an average, thus pulled by the extremes. In 2017 it was reported that nearly half of all workers in the U.S. made less than $30,000. The same year, only 1.4% of the population made over $250,000 yearly.

We are looking at a tax increase for the elite, the uber-wealthy, many of whom donate to charity as a facade while that is far cheaper than contributing more to taxes that would fund schools, public health, infrastructure like highways, roads, and public transportation, and more.

But like Trump, those who have benefited from generations of capitalism will do anything to hold onto every penny of their wealth. Capitalism by definition only makes people super rich when those lower on the food chain are exploited -- hourly workers, administrative staff, custodial employees, factory workers, etc. The only way for capitalism to work for everyone is if balance is brought to the food chain by taxing the 1% at a higher rate.

Sign the petition if you are voting for Joe Biden, a president that would fight for the working class by only raising taxes on incomes higher than $400,000!

Care2
Biden will only raise taxes for people making more than $400,000 a year
SHARETWEET