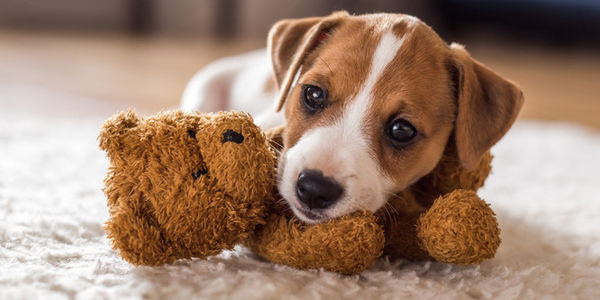 For 10 Minutes, He Battered a Tiny Puppy Until It Was Vomiting and Bleeding Profusely

Domestic violence perpetrators don't exclusively hurt humans - they often target helpless pets and other animals, too. That was the case with a six-week-old puppy who nearly died recently from horrible violence in Florida.

The puppy and its human owner were unfortunately caught in a living situation where they were cohabiting with an extremely abusive man. Soon after the small animal came home with the woman, she noticed that whenever the man would get angry, he'd lash out both at her - and at her beloved little dog. Afraid of what he might do, she smartly decided to record him during one of his rage-filled outbursts. The photos, videos, and audio recordings she captured from that incident are horrifying and heartbreaking.

Even worse, it turns out this man may have actually killed a pet before - and yet somehow he was allowed to still live with an animal.

Sign the petition to demand that Florida lawmakers put pets' safety first! They must ban all animal abusers from living with or owning animals ever again.

*Warning: graphic and disturbing details below.*

The woman's video clearly shows the man picking up the tiny dog and forcefully smashing it against the floor. He did this repeatedly, until the puppy began bleeding from its mouth and vomiting. Its human mother rushed forwards to try and intervene, but the man threw her aside. Then he hurled the tiny animal into a crate, as well as around the apartment. By the end, the home had visible smears of blood along a wall.

The woman continued to try and help her dog, and testified that the horrors continued for approximately 10 minutes. That whole time, her little 6-week-old companion screamed as the man eviscerated it. Eventually, she realized the only thing she could do was leave and go to the authorities. As she later told them, she "did not want another puppy to be killed." She begged to have her dog back before she packed her bags and left, but he refused.

Since then, the man has been arrested for these crimes. During interviews with investigators, the man also referenced having adopted another puppy much earlier, which seems to have mysteriously disappeared.

Authorities have since found and removed the woman's battered dog from his home. Apparently it has survived so far, but is very badly wounded. It is a miracle this dog is still alive - and pets shouldn't be relying on miracles.

This situation should never have been allowed to happen. How was this man not already prohibited from being around animals? Florida's lawmakers need to do the right thing and ban animal cruelty perpetrators from living with or owning pets! Sign the petition now!
Sign Petition
SHAREShare With FriendsTWEETEMAILEMBED
Sign Petition
See more petitions:
You have JavaScript disabled. Without it, our site might not function properly.

Care2
For 10 Minutes, He Battered a Tiny Puppy Until It Was Vomiting and Bleeding Profusely
SHARETWEET