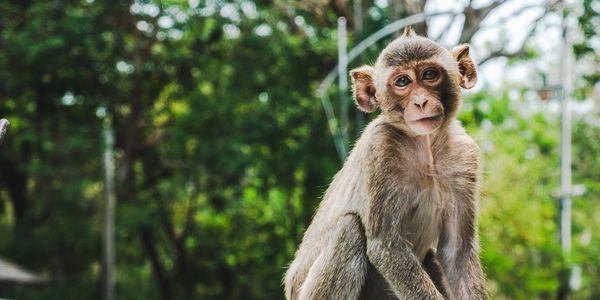 Why Is Elon Musk's Company Allowed to Torture Monkeys?

Care2 Update (11/9/2022): Elon Musks company Neuralink officially confirmed that monkeys died during testing. Now that it's admitted to the cruelty, we must keep pressuring the USDA to investigate this incident of animal abuse! Keep signing and sharing!

Apparently if you are a billionaire and are famous for making cars that are neither self-driving nor very safe, you get a pass on animal abuse. That's what it seems like, anyway, considering that Elon Musk's recent research venture into "brain chip" technology involved mutilating the brains of monkeys. More than a dozen of these innocent animals died because of Musk's mad-scientist experiments, and for what?

Sign now to demand that the United States Department of Agriculture (USDA) investigate this incident of animal abuse!

While Neuralink, Musk's brain chip company responsible for the shoddy research, is denying the claims and asserting that they acted in line with ethical principles for research, watch groups are claiming otherwise. In fact, Physicians Committee for Responsible Medicine (PCRM) claimed the research caused "extreme suffering" in their report to the USDA. The complaint describes animals showing clear signs of psychological trauma and illness from the experiments. For some monkeys, this meant vomiting, anxious behaviors, hair loss, and loss of appetite. For others, the consequences were even worse. The complaint even claims that some monkeys displayed self-mutilating behaviors such as painfully removing their own fingers.

Macaque monkeys, the type used in Musk's grotesque experiments, are highly intelligent, social creatures with which humans share approximately 93% of their DNA. No animal deserves to go what these monkeys are alleged to have endured, but these characteristics make the news particularly heartbreaking.

It seems clear that the Animal Welfare Act was violated in this case, but the USDA has yet to act on this violation. Musk has been making promises on a variety of high-tech products for years that have largely not come to fruition. Plus, a brain chip for human brain-computer interfacing is an entirely unnecessary, superfluous technology. There is no reason his company needs to torture innocent animals to conduct its research. It's that simple.

We must not allow a billionaire who believes himself to be infallible to get away with the serious injury, suffering, and death of many monkeys. Neuralink and the University of California Davis must be investigated and held accountable for their treatment of animals during unethical experimentation. Sign the petition now to apply pressure to the USDA!
Sign Petition
SHAREShare With FriendsTWEETEMAILEMBED
Sign Petition
See more petitions:
You have JavaScript disabled. Without it, our site might not function properly.