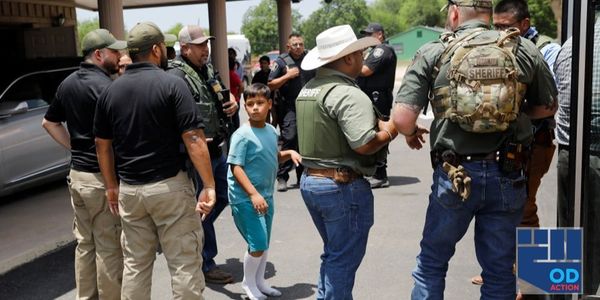 Nearly a decade after the tragic Sandy Hook shooting, another shooting at an elementary school has taken place and left 14 children dead. 10 years later, we still do not have the legislative protections necessary to stop a stranger from walking into an elementary school and taking multiple innocent, young lives.

Senator Chris Murphy of Connecticut asked his fellow Members of Congress, "What are we doing? What are we doing? Just days after a shooter walked into a grocery store to gun down African American patrons we have another Sandy Hook on our hands." At the very least, we need a national red flag law in place immediately that would allow civil courts to temporarily remove the firearms of someone reportedly suffering a mental health crisis.

The legislators fighting gun safety reform absolutely have blood on their hands. Any mass death in the past few decades could have been the end of it, but instead certain Members of Congress would rather choose unrestricted access to guns than public safety. We have had more mass shootings in 2022 so far than there have been days — something has got to give.

This is one of the only nations where going to the grocery store, going to church, and going to school could be a death sentence. Instead of protecting our communities, we have pushed the responsibility completely onto them to know how to properly protect their life. As uniquely American it would be to continue this tradition, it's long past time to break the cycle.

Sign your name to call for immediate action on gun safety reform, including a national red flag law!