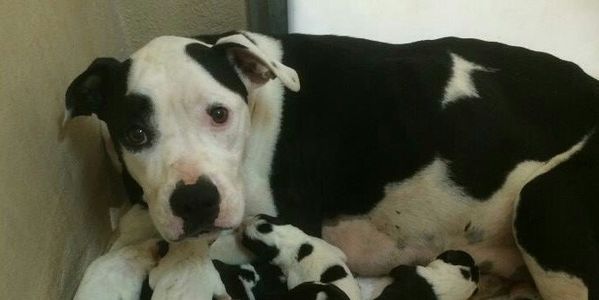 Save the Humane Society of Grand Bahama!

Please sign the petition to urge the Bahamas Government to support the Humane Society of Grand Bahama, and help us keep our shelter open.

The Humane Society of Grand Bahama (HSGB) is one of the oldest non profit organizations on this island, founded in 1968. As the human population of Grand Bahama has grown, we have also grown, from a small charity that helped a few animals in need, to the largest animal shelter in the Bahamas. In 2014, we took in almost 1500 unwanted, abandoned, abused or neglected animals from the Grand Bahama community.

In the past, The Grand Bahama Port Authority, a privately held corporation, partially funded HSGB in exchange for animal control services. But over the last several years, the Port Authority has reduced contributions significantly.

We have done our best to compassionately alleviate animal suffering, nuisance animals, stray and roaming animals on this island and we are proud of what we have accomplished. At just the time we should be working even harder to achieve a lasting difference, we find ourselves in the untenable situation of being unable to continue operating. This would ultimately mean an increase in the number of starving, neglected dogs and cats roaming the island, which would not be pleasant for residents, tourists, or potential investors.

Please sign our petition to ask The Bahamas government to provide funding for our shelter! The government has never provided any funding for the services HSGB has provided these many years, and the government provides absolutely no Animal Services on Grand Bahama whatsoever. In most developed nations, animal control is considered a responsibility of government.

The Bahamas Government has never provided any funding for the services HSGB has provided these many years, and they provide no Animal Services on Grand Bahama.  In most developed nations, animal control is considered a responsibility of government.  Numerous pleas, meetings, and proposals; over many years, have come to naught.

We have already laid off three staff members and more layoffs are imminent if funding is not secured.  Promising young Bahamian workers are losing their jobs. If we cannot secure funding, twenty-two more Bahamians could lose their jobs and Grand Bahama will again become, in short order, an island with an abundance of roaming, starving, diseased animals.

Complicating this further is the recent (July 2014) Bahamas Department of Agriculture’s requirement to issue a health certificate endorsement for any dog we send abroad, the new restriction that these dogs must be at least six months old, and the insistence of the Department of Agriculture on sending a government veterinarian and assistant to Freeport to examine our dogs for bigger “puppy lifts” (all at HSGB’s expense).  The HSGB paid the Bahamas Government over $1500 from August to December for these endorsements and travel expenses.  We were told this would be a temporary measure lasting about three months due to the Canine Distemper Virus (CDV) outbreak in Nassau.  We were informed on January 26th, 2015, that the restrictions and costs remain in place even though Grand Bahama has not registered one single suspected or known CDV case.  Bahamian Government licensed veterinarians should be trusted to sign health certificates for healthy dogs over 8 weeks old, which is all that is required for import into the U.S. and Canada.  Any veterinarian found to be recklessly or irresponsibly issuing certificates for unhealthy puppies or dogs should be dealt with individually.

We are respectfully asking the Bahamas Government to:

-          Provide adequate funding for operations expenses to cover our recurring shortfall, save valuable jobs, and enable us to again provide comprehensive Animal Services in West and East Grand Bahama, where complaints of aggressive animal behavior and starving and neglected animals is on the rise.  We had to curtail our service to these areas in 2010, because of lack of funds.

-          Provide some funding for spay/neuter surgeries for low income and indigent pet owners.

-          Discontinue the health certificate endorsement requirements for dogs to be sent abroad and trust that our Government licensed Staff Veterinarian will continue to issue certificates only for healthy animals, as she has always done.

Without this assistance, the future is bleak for the HSGB, the animals, and ultimately the human residents of our beautiful island.

Care2
Save the Humane Society of Grand Bahama!
SHARETWEET