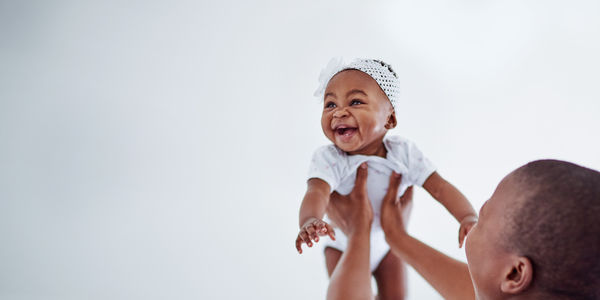 People are having fewer kids due to the pandemic; Baby Bonds could help!

Having children in the U.S. is extremely difficult. There is no guaranteed parental leave from work, patchy and underfunded programs for children and families living in poverty and now, a massive economic downturn. It's no wonder that we are starting to see substantial drops in the birth rate (ranging from 5-10% in many states). One of the main reasons for this is, of course, the financial strain. That's why a new bill aimed at addressing substantial wealth inequality in America could help boost the birth rate to where it needs to be to sustain the country.

Sign the petition to support the Baby Bonds legislation that would set kids born to poorer families up for a better life.

Of course, more needs to be done in the immediate term to support people living in poverty, but this bill takes the long view. Income inequality is more pronounced in the United States than in any other rich nation. The Baby Bond bill would give a governmental bond of $1,000 to every newborn in the U.S. and an additional $2,000 every year after that until they turn 18, at which point the child can access the account -- which could be up to $50,000 by then including interest.

These bonds would be given according to family income, benefitting kids born into poverty the most. While the families and kids wouldn't have access to the money before the child is 18, giving a newly minted adult a chunk of money would go a long way towards evening the playing field with their wealthier peers. This may encourage more families to have children now, knowing they will have real financial help when they become adults.

It's no wonder so few people chose to have children this year. During the pandemic, it became clearer than ever how precarious it is to be an American. Millions lost jobs and in turn health insurance (if they had it in the first place) when they needed it most. Millions have been forced to work in unsafe environments because the government just left them out to dry. Those who already have children lost vital help, either from their school systems or childcare networks. People would have children if they felt more sure that child would be materially supported. The Baby Bond bill would help with that.

Sign on if you want the Baby Bond bill to pass to begin to correct years of wealth inequality in the U.S. and bolster birth rates!

Care2
People are having fewer kids due to the pandemic; Baby Bonds could help!
SHARETWEET