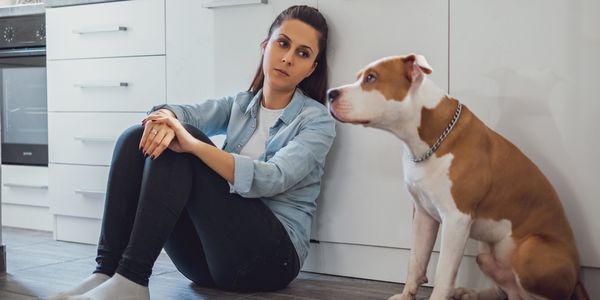 This State's Lawmakers Are Close to Passing a Landmark Animal and Victims Rights Bill!

It is no secret that domestic abuse and animal abuse go hand in hand. In fact, more than 70% of pet owners at domestic violence shelters had an abuser who also threatened or physically harmed their animal. People who will control and abuse their family are clearly willing to hurt pets, too. But an amazing, groundbreaking bill in Utah could change that.

By some estimates, 25% of domestic abuse survivors will go back to an abusive partner because they fear for their pets lives and well-being. And often, abusers do just this. It is not uncommon for an abuser to hold a pet's safety or situation over a victim in order to coerce them.

HB175 is a crucial step towards fixing this problem, as it prevents survivors from feeling trapped by their abusers into protecting their pets. The bill would allow survivors to include their pets on protective orders, which creates a court-issued and legally-binding way to prohibit an abuser from trying to take possession of an animal, or even threatening or harming it.

On top of that, HB175 would prevent worst case but all too common scenarios, where abusers kill a formerly-shared pet to "get back" at a victim." Last year, a man from Farmington, Utah was arrested after one victim of his abuse said he had killed four of her cats within just two months.

This bill would protect an untold number of animals and survivors of domestic violence. There is no reason for Utah legislators to not pass this HB175! Sign the petition now to put pressure on state lawmakers to do the right thing!

Care2
This State's Lawmakers Are Close to Passing a Landmark Animal and Victims Rights Bill!
SHARETWEET