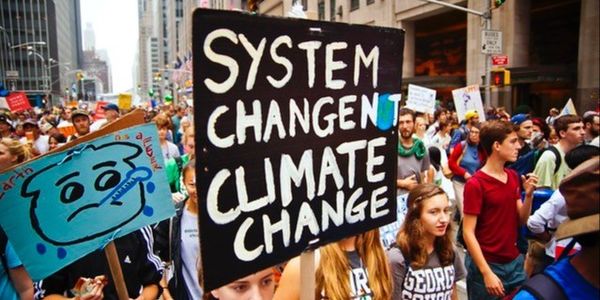 Prevailing weather conditions is only a trailer, Hyderabad is facing harsh summers since 2015 and harsher summers than that in 2019. The average highest temperature in Hyderabad was calculated as 43.7 degrees Celsius in 2019. According to a study published recently by scientists from Pune’s Indian Institute of Tropical Meteorology and World Meteorological Organization (Geneva) has warned of rising temperatures across most places in the country. The most significant find for Hyderabad in the study is the increased mean temperature trend during the monsoon, post-monsoon and annual average temperature during 1971 – 2013. With temperatures reaching the sky our city is also dealing with the issue of shift in weather patterns. Hyderabad in the recent past has received 725.4 mm of rainfall, which is 23 percent more than the average and Telangana received 4 percent surplus rain in the 2020 monsoon. Experts say high carbon emissions and its concentration in the atmosphere is triggering all the issues. The issue of climate change has been visible with over 600 sunstroke deaths being reported in the state this year. The heat was preceded by a warmish winter and followed by a sudden drop in temperature due to a depression over the Bay of Bengal that brought rains. While experts said that rainfall patterns too have changed.

There are several contributors towards climate change but the livestock sector is one of the major contributors. The global livestock industry produces more greenhouse gas emissions than all cars, planes, trains, and ships combined. It requires a significant amount of natural resources and is responsible for about 14.5% of total anthropogenic greenhouse gas emissions (7.1 Gigatonnes of carbon dioxide equivalents for the year 2005). Meat consumption is on track to rise 75% by 2050 and with the Government taking no specific action toward this issue, it becomes your responsibility to curb the production. Livestock production contributes to global warming through emissions of methane and nitrous oxide. Methane, mainly produced by enteric fermentation and manure storage, is a gas, which has an effect on global warming 28 times higher than carbon dioxide. Nitrous oxide, arising from manure storage and the use of organic/inorganic fertilisers, is a molecule with a global warming potential 265 times higher than carbon dioxide.Global livestock production has increased substantially since the 1960s. Beef production has more than doubled, while over the same time chicken meat production has increased by a factor of nearly 10. To control the present situation one needs to decrease the consumption of meat and any kind of livestock by 1/3 and then spread awareness about the same. If one person decreases his or her meat consumption by ⅓ per day (If a person eats meat three times a day, then that person should eat meat only once) then the demand and the production of livestock sector will decrease by ⅓ eventually, because when the demand is low the production also jumps down. Overtime, if the word is spread and everyone reduces their consumption by ⅓ a day then city by city, globally we can reduce the greenhouse emission done by the livestock sector by a significant amount, reducing 14 percent of greenhouse gas emissions done by the sector. In the long run, this action will also assist in flourishing animals as they are eaten less, bringing a balance in the ecosystem, and it also gives an opportunity for the industry to develop new technology so that emission levels are controlled.


Pledge to lessen my livestock consumption by ⅓ in order to reduce greenhouse gas emissions, reducing the impact and solving the issue of raising temperatures and changing weather patterns in my city and lowering my contribution towards climate change and spreading the word.
Sign Petition
SHAREShare this petition with friends!TWEETEMAILEMBED
Sign Petition
See more petitions:
You have JavaScript disabled. Without it, our site might not function properly.