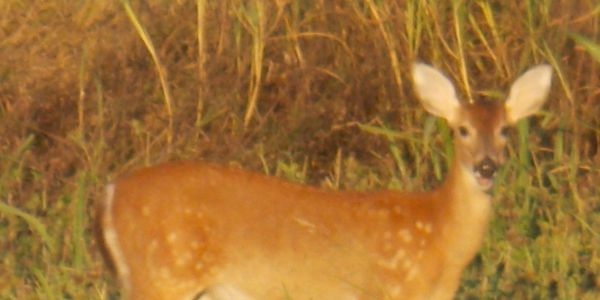 In brief, The Nature Center had a controlled deer hunt in November 2016, and based on media reports, intend on having one annually. The Nature Center is one of the few places deer have left to live naturally and free of hunting, now this last resort is being taken away from them. Please sign this petition to express your discontent with the “Annual Nature Center Deer Hunt”. Here is the article published in the local NewsLeader to read a little bit more. Also, below I have provided more information about deer hunting. Thank you for your support!
http://www.news-leader.com/story/news/local/ozarks/2016/12/12/teen-bags-big-buck-first-ever-nature-center-hunt/95328838/

“I DO NOT support Springfield Missouri’s Nature Center Deer Hunt. The purpose of a conservation center is to provide people with the opportunity to become educated about nature, and experience wildlife in its natural and safe environment. Having hunters kill defenseless, and tame deer is not in support of the mission of the organization. There should not be deer hunts in the future. Let’s make the 2016 Nature Center deer hunt the first- AND LAST deer hunt the Nature Center will have.”