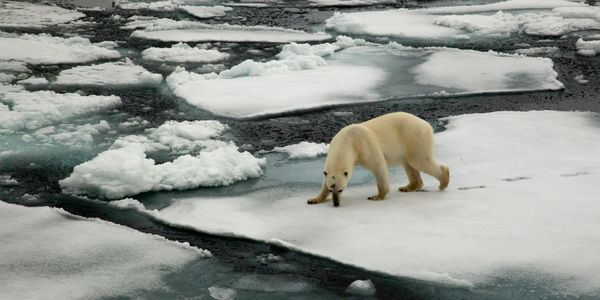 Since 2008, there has been a nefarious power working to undermine some of the United States' strongest protections for wild animals in need.

Polar bears, right whales, and monarch butterflies are among the thousands of species designated under the Endangered Species Act (ESA) for special protections. These include strict assessments of human activity that could hurt these already vulnerable populations -- such as construction projects that could wipe out vital habitat, evaluating pollution disposal levels and locations, hunting regulations, and so on.

But in 2008, the Bernhardt Memorandum was added to the ESA and gutted these protections by adding one giant loophole -- greenhouse gas emissions and climate change no longer needed to be considered a threat to wild animals! And of course, during his time in office, Trump did his best to bolster and immortalize this illegal move.

Sign the petition and ask that Joe Biden immediately remove these dangerous changes to the ESA, and put the focus back on protecting animals from all threats!

The number one cause of animal endangerment or extinction is a loss of habitat -- and when it comes to species like the polar bear, loss of their icy habitat is directly caused by a warming world. Climate change also has devastating effects on migratory animals like right whales and monarch butterflies, whose survival depends on consistent weather patterns.

Humankind itself has felt the horrific effects of climate change-induced extreme weather patterns -- for example, this summer's historic California wildfires and the more recent winter crisis in Texas have taken many lives, destroyed homes, and razed entire ecosystems to the ground. Our refusal as a nation to accept the realities of climate change and curb it further is literally killing us, and we are taking these blameless animals down with us.

The Bernhardt Memorandum has a two-fold effect. Climate change doesn't need to be taken into consideration when listing animals under the ESA, and other government agencies don't need to consider the impacts of greenhouse gas emissions on vulnerable species.

As the Center for Biodiversity's climate science director, Dr. Shaye Wolf, put it: "Greenhouse gases are no different from mercury, pesticides or anything else that accumulates in the land, air or water and harms species. It's simply ridiculous not to take them into account."

Simply ridiculous is right. Tell Joe Biden to strip these harmful, illegal loopholes from administrations past out of the ESA so it can finally, fully protect vulnerable animals!
Sign Petition
SHAREShare With FriendsTWEETEMAILEMBED
Sign Petition
See more petitions:
You have JavaScript disabled. Without it, our site might not function properly.