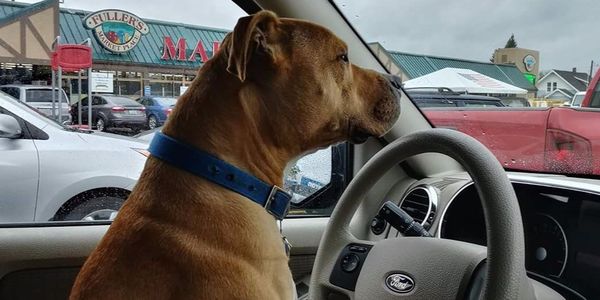 Dogs around the world are being euthanized (murdered) for how they 'look' (BREED DISCRIMINATION also BSL) rather than what they've done. It is canine eugenics, it is canine racism, it is canine profiling, it is canine bullying - all of which we abhor and fight against when it is inflicted upon humans. We have come so far and yet in this aspect we have regressed to the witch hunts of the past. It is ludicrous and it has to stop. The majority of the caring, concerned citizens of the world, the voters of the world, the people who put you in office, realize this is ludicrous, cruel and needs to be repealed in favor of a system which looks at the deed not the breed, and allows alternatives to death. Almost all vets, dog organizations, and your constituents disagree with BREED DISCRIMINATION. Failure to speak out publicly about the cruelty this legislation inflicts upon families and their dogs is the equivalent of condoning it. This is NOT acceptable to the voting public. If you cherish your jobs and what they are meant for (representing your voters), then you need to change the legislation and change it fast. Offer alternatives to a death sentence for alleged 'dangerous' dogs, give animal abusers, dog fighters, etc., a serious fine and sentences that act as a serious deterrent rather than a laughable slap on the wrist. Hank, the wrongly accused pitbull mix dog in Lewis County is a prime example of the abuse of the breed discrimination laws interfering with a family dynamic. Hank’s pitbull mix mother, Sadie, was responsible for killing some livestock (the “act”). Hank was in the area at the time of the act, but dashcam video recording at the time of the act proves Hank was not involved at all in the attack or killing. Witnesses testified that Hank did not participate and had no blood on him after the act (proven by a police photo taken 30 minutes after the act). Owners of the livestock determined after viewing the dashcam video (not discovered until sometime later) that Hank was innocent and refused to press charges. In spite of all this, Lewis County District Court Judge Buzzard ruled that Hank was a “dangerous” animal and as such had to be euthanized. This ruling was upheld on appeal to the superior court in a neighboring county! It took going before a scholarly, fair judge who thoroughly researched the case, truly did his homework to get the verdict overturned and Hank freed and reunited with his famiky after 5 long months in prison! The family who adopted Hank 8 months after the act, without knowing this history steadfastly fought to prove his innocence and get him released back into their care. During the 5 months Hank lived with them they witnessed nothing but a sweet, friendly, loving dog. This family spent thousands fighting for Hank’s return without the “dangerous dog” label. Not every dog in these situations has such loyal, loving humans to stand up and fight for them. These are the voiceless, and we need to enact this law to protect all of them!
Sign Petition
SHAREShare this petition with friends!TWEETEMAILEMBED
Sign Petition
See more petitions:
You have JavaScript disabled. Without it, our site might not function properly.