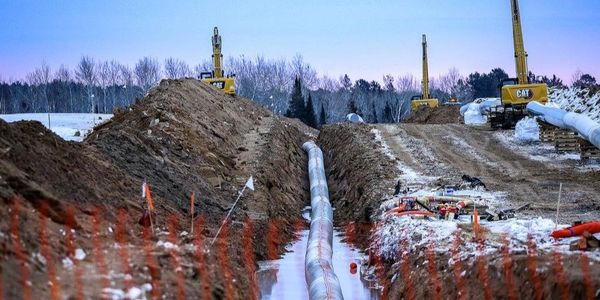 At a 7.5 million dollar price tag, Line 3 would be one of the largest crude oil pipelines in the world. Which means that 915,000 barrels of tar sands crude, some of the Earth's dirtiest oil, would traverse delicate wetlands, rice beds, and lakes daily. Violating Ojibwe treaty territory, Line 3 would put First Nation communities and our environment at risk.

In a time where our climate's future feels so uncertain, the Line 3 pipeline is more than just a mistake -- it's an assault on some of our most sensitive ecosystems and marginalized communities.

Add your name and demand that President Biden revoke the federal permits that Line 3 depends on!

President Biden could revoke the federal permits issued by the Trump administration that the pipeline depends on, but has yet to do so. We need our elected leaders to aggressively tackle the issues of climate change. Every extra day of drought, flooding, and heatwaves further illustrates the need for meaningful action.

We are running out of time.

Line 3 only threatens to make that time shorter.

Sign your name to stand with climate activists and Indigenous people fighting the construction of Line 3!