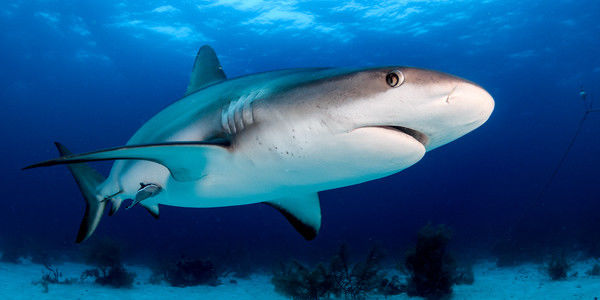 73 million dead sharks, butchered each year for their fins

*CARE2 UPDATE* Wonderful news! The United States Senate has made a historic move in the protection of sharks by passing the Shark Fin Sales Elimination Act (S. 1106) which would ban the buying of selling of shark fins in the U.S. The counterpart to this piece of legislation in the House of Representatives, H.R. 2811, has yet to be passed though, and until it is, more vulnerable sharks could fall prey to this violent and exploitative industry. Keep signing and sharing the petition to ask the House of Representatives to pass this law without delay!


Sharks are mysterious, prehistoric creatures that inspire intrigue and awe. Perfectly honed for their deep oceanic environments, sharks have survived 450 million years of evolution — and for some species of sharks, individuals can live more than 250 years. In the case of the Greenland shark, new research estimates they can live more than 500 years.

These fish are incredible. And they're also deeply in danger.

Sign the petition to save the sharks by banning all shark fin trading in the U.S.!

In the past 50 years, scientists have seen a worrying drop in shark populations all over the world. In fact, global shark and ray numbers have collapsed by 70% or more. There are a few reasons for this, but the biggest of all is clear: overfishing.

Each year, 73 million sharks are butchered and sliced apart to rip their fins from their bodies. The fin is all fishers care about, so they often throw sharks back in the water once they've cut their fin off — leaving them to slowly, painfully bleed out. These fins are then sold on international markets — and if things keep going at the rate they currently are, sharks will entirely die out soon.

Lawmakers in the U.S.'s northern neighbor of Canada have already banned the shark fin trade, and now it's time for the U.S. to take action, too. That's why it's so encouraging to learn that members of the U.S. Congress have introduced a new bill that would prohibit the selling or buying of shark fins within the country. So far, it seems that the legislation may have large amounts of bipartisan support, meaning it's possible this bill could really become law. But only if enough of us speak out and convince Congress to do the right thing!

Tell Congress it must pass legislation to ban all buying and selling of shark fins in order to save sharks from extinction!
Sign Petition
SHAREShare With FriendsTWEETEMAILEMBED
Sign Petition
See more petitions:
You have JavaScript disabled. Without it, our site might not function properly.