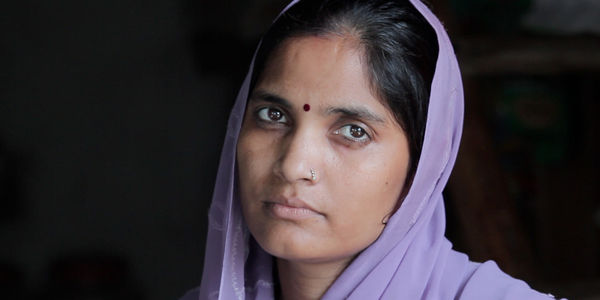 When Mili held her newborn baby girl in her arms she wept, not with joy but with a deep sense of pain and disgust. The child reminded her of the intense physical pain and emotional humiliation her body and soul had been subjected to by her husband. Petite Mili had just delivered her first child when her husband demanded to have another.

“I was not prepared to have a second child and when he told me that he wanted to have a baby to prove to his friends who had challenged him that he would not be a father again, I was terrified. Despite pleading and reasoning he forced me and made me pregnant,” she says tearfully. Although Mili holds this against her husband, it has never crossed her mind to legally penalize him for his crime. “What he did was wrong, but sending him to jail for it would be a bigger sin,” she reasons.(1)

A woman who is trapped in a relationship in which she is forced to have sex against her wishes is just a sex slave. Even worse: a married woman in India, who is in such a relationship, is like a slave of yore when slavery was legal because she has no escape route. Even the law is against her.

The law maker's in India believe that criminalising marital rape is not a possibility in India because of  poverty, religious beliefs, social customs and the mindset of the Indian society to treat marriage as a sacramant, among other things! (Haribhai Parathibhai Chaudhary said in  a written statement to India’s upper house of Parliament.)

It is shocking to know that, in 21st century India, our law makers still consider women to be chattels. The world’s largest democracy — which has passed so many gender-sensitive laws — has not taken cognisance of the basic fact that, when a woman’s home turns into her hell, the law needs to be her strongest support.

For over half a century now, the rest of the world has understood this and criminalised marital rape. Poland passed legislation on this as early as 1932, Czechoslovakia followed suit in 1950 and the Soviet Union in 1960. Today, most countries around the world including religiously conservative ones like Ireland and Israel have passed laws criminalising marital rape. And so have many countries in Africa where it was “traditionally” considered acceptable for a man to have forced sex with his partner.
So why do our legislators still drag their feet, ducking under excuses of marriage being sacrosanct?

It is horrific to see that India, so proud of its rich culture and traditions have completely misinterpreted and misunderstood what they really are! Women abuse has become a normal thing for people. I urge you to please support and share this campaign, It has become an utmost need of the time to start looking at women as more than a sex objects.