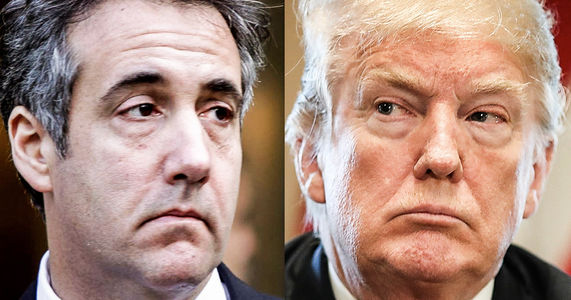 Despite campaigning as the "law and order" candidate, Trump has shown just how little regard he actually has for the American justice system. But for the first time of his presidency, he has now been formally implicated in two felonies.

According to court documents filed by both the office of the special counsel as well as prosecutors from the Southern District of New York in the case against his personal lawyer, Michael Cohen, Trump not only knew about the hush money payments for two women with whom he'd had affairs — Stormy Daniels and Karen McDougal — but directed Cohen to pay them.

Because the payments were meant to buy the women's silence so as not to interfere with Trump's 2016 presidential bid, they are considered campaign contributions, each one undeclared and in gross excess of the $2,700 limit. Moreover, each one is a felony.

Despite tenuous justifications by other Republicans, Trump must be held to account for his crimes. If our justice system is to work, it must work for everyone; and no one is above the law.

Our next moves as a country will determine a lot about our character. If Republicans choose to protect Trump, then it will signal the downfall of our American experiment in which no one man is more important than the country. We are already dangerously close to sliding into authoritarianism; such a decision could be disastrous.

The choice is abundantly clear. We, the undersigned, demand that Trump be indicted for the crimes he has committed.