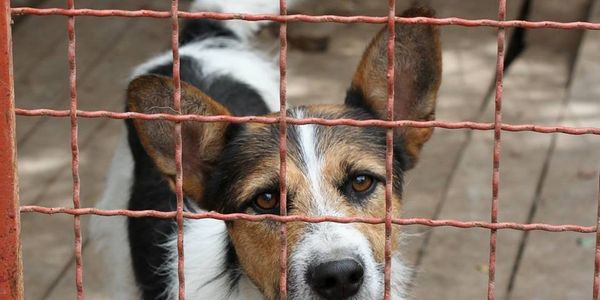 Say NO to the CRUEL amendments to Serbia's Animal Welfare Act

Serbia currently has an Animal Welfare Act that is strongly worded, but rarely enforced. The government is trying to amend this act for monetary reasons, seeking financial gain in exchange for animal suffering. We are strongly opposed to these archaic and cruel amendments. They render the Animal Welfare Act worthless and put Serbia back into the dark ages in terms of compassion.

We are appealing to the government to consult with welfare organisations to find a viable and compassionate way forward that benefits Serbia, all its animals and, most importantly, its citizens.

The amendments to the act that have been proposed include (but are not limited to) the following;

1 - No shelter animal will have guaranteed safety. Over 80 000 dogs and cats are in danger of being euthanised because amendments are ambiguous and have left it open to interpretation.

2 - Repealing the fur farming prohibition that was due to come into force in 2019, thus assuring the horrific deaths and brutal torture of thousands of animals including rabbits, chinchillas, foxes and ferrets. The government hopes to compete with China in the cheap fur market.

3 - Removing the wording in welfare law that specifies slaughterhouses MUST stun farm animals before death allowing slaughterhouses to do as they see fit. More than likely slaugterhouses will choose to increase productivity rather than stun, guaranteeing farm animals a barbaric death of agonising pain and fear.

We love Serbia. We don't want Serbia to look backwards compared to the rest of the European Union.

PLEASE support us in asking that the President reconsider these amendments and take a stance on animal welfare that is representative of its caring citizens.

1. That the Animal Welfare Act is not changed without firstly liaising with voluntary animal welfare organisations that currently operate in Serbia.

2. That the amendments to the Animal Welfare Act are not done in such a way that they WEAKEN existing welfare laws and thus endanger animals.

3. That measures are put in place to enforce existing laws. So far this has not been the case and those abusing animals have gone unpunished. Animal welfare laws must be upheld in any decent society.

4. That authorities start co-operating with voluntary animal welfare organisations in decision-making as well as during the implementation of regulations.

5. That licencing and controlled breeding of pets be ntroduced to prevent the irresponsible breeding which is contributing to the alarmingly high stray population of dogs and cats.

6. That under no circumstances may the prohibition of fur farms be overturned. This barbaric practice must remain illegal from 2019.

7. That the law must be written clearly and not ambiguously. It must clearly state and explain that killing of healthy abandoned animals is prohibited and that euthanasia is only allowed if animal is deemed to be suffering, in pain and has no chance of recovery.

8. That the city-run shelters immediately stop unlawful killing of dogs and cats in their care, and that they improve conditions in which these animals are kept as well as care they provide because at present, they all fall below the legal requirement. The cruelty within these shelters is internationally embarassing to Serbia and may jeopardize the possibility of being integrated further into the EU where animal welfare standards are far higher and, crucually, are enforced.

9. That the change does not allow for the possibility of creating genetically modified animals.

10. That the suffering of animals destined to be consumed for food be considered worthy of minimising through clear instructions to stun prior to slaughter.

Thank you for caring!!