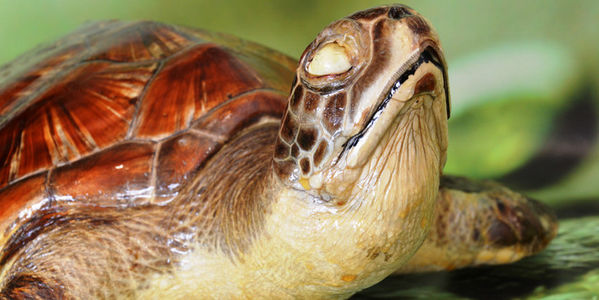 He Starved His Pets to Death Until Their Eyeballs Rotted Away. He Must Never Own Animals Again!

Around 10pm in Rogersville, Tennessee, an anonymous caller phoned into the local Humane Society to alert them to a serious case of animal neglect - and death.

It started when the caller passed by a neighbor's home and smelled the overwhelming reek of decomposing bodies, and noticed the sound of desperate dogs barking and yipping inside the home. But no one had been seen at the residence for upwards of two weeks.

Sign the petition to demand that authorities ban this resident - who abandoned these animals to death - from ever owning pets again!

The man who rented the property, it turned out, had been accumulating animals. Then, one day, he up and left them to stay with a friend. He simply walked away and while he was gone, they starved to death.

Investigators who arrived said "They noticed the smell immediately on arrival," finding "decomposed animals in cat carriers and in cages" left right in the driveway. In fact, the home was full of the rotting remains of many animals. Some were so badly decayed, it was impossible for authorities to identify the pet's species.

Detectives and animal rescuers with the Humane Society found the remains of dogs in trash bags, guinea pigs, hamsters, mice, and two aquarium turtles that were "so badly decomposed, their eyes were rotted out." But miraculously, some animals had survived, including a severely malnourished boa constrictor snake and four dogs. All of the pups were horribly dehydrated, emaciated, and riddled with infections.

The situation was so bad that Sandy Benhke, the Hawkins County Humane Society manager, said "My staff and myself cried a lot of tears" over the heartbreaking rescue.

The local Humane Society has ensured that all surviving animals have received proper veterinary care and are on their way to healing. And authorities have found and arrested the animals' owner who neglected and starved them to death. But we must make sure that other animals stay safely away from him in the future! Authorities must ban this man from owning or living with animals ever again! Sign the petition if you agree.
Sign Petition
SHAREShare With FriendsTWEETEMAILEMBED
Sign Petition
See more petitions:
You have JavaScript disabled. Without it, our site might not function properly.

Care2
He Starved His Pets to Death Until Their Eyeballs Rotted Away. He Must Never Own Animals Again!
SHARETWEET